After COP26: What should Christians do next?

Climate change is not simply a technical, policy or engineering issue. It is above all a moral and spiritual issue in which the meaning and value of all life is on the table, writes a theologian who took part in the climate summit. 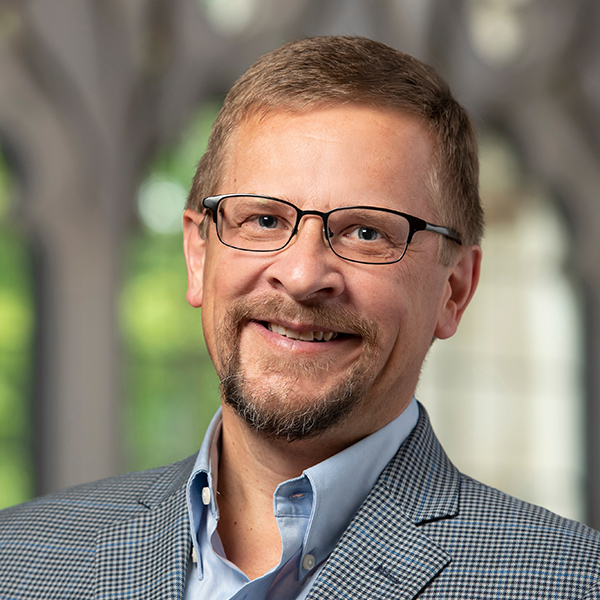 On a chilly Saturday morning, midway through the two-week proceedings of COP26, an estimated 100,000 citizens from around the world gathered at Kelvingrove Park in Glasgow, Scotland, to march. I was there as a member of the Christian Climate Observers Program, an international assortment of Christian environmental organizations who came together to listen, learn, bear witness and advocate for climate justice.

We waited nearly three hours for the march to start, standing in the pouring rain and driving wind. But spirits were high. We milled about, seeing old friends, striking up stimulating conversations, and joining with a diverse and wild assortment of people united in demanding that world leaders make meaningful commitments to end the imperial, fossil fuel economies that are destroying Earth, degrading communities and dashing the hopes of young people all around the world.

Few among us thought world leaders were going to “solve” climate change. Instead, what we wanted — and what people around the world must continue to demand — was a commitment from politicians, business executives and bureaucrats to build a world in which justice, equity and communal/ecological health are top priorities.

One of the noteworthy aspects of COP26 was its large “civil society” presence. Of course, government officials, business leaders, NGOs and lobbyists from around the world were among the nearly 40,000 delegates in attendance at the conference. But this year, even more non-delegates — young and old, from faith traditions, grassroots organizations and indigenous communities — were marching, demonstrating and making their voices heard.

They were making it clear that climate change is not simply a technical, policy or engineering issue. It is above all a moral and spiritual issue in which the meaning and value of all life is on the table. What is planet Earth for? What constitutes a successful human life? How do we build a just, equitable and beautiful economy?

Christians have an essential role to play in the ongoing work of COP26, because we, along with other spiritual and indigenous traditions, hold the wisdom that enables people to defend the sanctity of this world and all its life.

But in order to play that essential role well — reminding leaders, negotiators, policy analysts and technicians that nothing is more important than valuing and nurturing the world that nurtures us — Christians will need to be clear about several matters.

First, the “face” of climate activism is not an aging, white, somewhat affluent hippie. Instead, it is a young, often female, person of color who is inspiring and leading the way.

The Friday youth march that attracted tens of thousands was particularly inspiring, energizing and maddening because these young people made it abundantly clear that climate change is a deeply personal matter: their futures are directly on the line.

A primary task of Christians is to listen to them, to hear their worries and dreams, and then come alongside them in practical ways that lessen those worries and help them realize those dreams.

What might that look like? We can advocate for an end to the polluting and pillaging of communities; we can commit to funding health care, education and community empowerment projects.

Second, the days of reducing environmental responsibilities to personal virtue or vice — do I recycle, drink fair trade coffee, eat a vegan diet, drive a Prius? — are over. Personal decisions clearly matter, but what is much more important is the sustained, collective action that changes the systems and structures — the extractive industries, the perverse subsidy programs, the racist policies, the privatization and consolidation of wealth, the subjugation of women, the gross economic inequalities — that are flooding, burning, poisoning and killing our planet.

When we reduce climate action to personal choices, we play into the hands of industry executives and stockholders who do not want the status quo to change.

Third, Christians cannot say we love our neighbors if we do not also love and care for the neighborhoods essential for their living. The long-standing idea that we must choose between protecting people and preserving habitats is deeply mistaken.

If we love people, we will make sure they have good food to eat, fresh water to drink, affordable places to live, nonpolluting forms of energy to fuel their enterprises, and decent work that prioritizes human dignity and strengthens communities.

It is a contradiction to advocate for the flourishing of people while consigning them to a polluted, degraded, exhausted and dying Earth. Meanwhile, every effort that improves the health and vitality of our cities, rural communities, forests and watersheds also improves the quality of life of people.

Fourth, the purpose and mission of churches must change to reflect God’s all-encompassing vision of salvation. For too long, too many Christians have believed that the goal of a faithful life is to endure this world until we get to be with God in a disembodied heaven far, far away.

This way of thinking and living is a theological catastrophe. From its beginning to its end, Scripture reveals the God who is constantly descending to earth to be with us, dwell with (and within) us, redeem and reconcile us, and make a home with us.

The heart of Christian prayer is to ask for God’s will to be done “on earth as it is in heaven.” This means that congregations must turn their work to constructing the built environments, creating the economies and implementing the social policies in which the love of God is made incarnate.

At present, not enough churches are actively engaging our climate crises. Many of the church leaders I talk to say they don’t have the time, don’t feel qualified, or are worried that the topic is too divisive politically or simply too much to handle. Don’t we have enough problems to deal with already?

Some contend that environmental issues are not properly theological concerns. For this sorry state to change, pastors, faith leaders and laypeople need to talk about the crisis, preach and teach about it, and make it a feature of our daily prayer life. We need to read the straightforward science and pay attention to the millions of people who are daily affected by the extreme weather, flooding and fires that are destroying our communities and our futures today.

We need to do all of this in light of the God who loves every creature and every square inch of it, the God who has committed to reconcile to himself all things in heaven and on earth.

I don’t know of a single person who is satisfied with the COP26 agreement finalized in Scotland. I know of many who want to ditch the whole process as a sophisticated exercise in what Swedish activist Greta Thunberg called “blah, blah, blah.”

But as a delegation of African leaders put it, they don’t have the luxury of dismissing the only international mechanism they have to voice their concerns and hopes. The cry of the earth and the cry of the poor and powerless are intimately connected. It is time to listen to both cries and then join with God in the healing and nurture of every place and every creature.