God save us through your institutions

Jason Byassee offers three ways to pray about institutions, which he says are necessary for human flourishing and God’s work.

This article is part of a series: Why institutions matter

Institutions are as easy to dislike as they are difficult to get rid of. No one can grow up in present Western culture without a built-in suspicion of them. Yet some of us seem, wonder of wonders, to see the good they have wrought and are called to lead them -- from the hospitals where we were born to the schools where we were educated to the ones where we work now. How do we reconcile the good institutions do (even the ones we lead) with the bad of which they inarguably are capable (even the ones we lead)?

We pray, and institutions afford us at least three options.

One group prays, “God save institutions.” For this group, institutions are so important to human life generally that their collapse is unthinkable. We may find in this group leaders and financial backers of institutions under duress, such as mainline churches and seminaries.

The strength of this position is that it acknowledges that the health of a society depends, to great degree, on the health of its institutions. As U.S. investors have learned of late, it is extremely hard to have a functioning economy, let alone a healthy one, without healthy banks.

In their eagerness to help society, those who back this position might overlook instances when it is necessary to overhaul existing institutions. Such overhauls can be painful, especially in the interim between the eclipse of one institution and the birth of the next. Christians need only to think of the difficulty in the transition from a temple of stone to the temple of Jesus’ body. And perhaps more damagingly, adherents to this prayer can forget institutions should not exist only for their own sake, but for the sake of those they serve.

Another group prays, “God save us from institutions.” This group sees only malice. Its backers would read the current U.S. financial difficulties, for example, as evidence that banks, markets and corporations have only their own interests at heart, and that these come at the expense of all other interests. This group also may feel harmed by the church, leading them to conclude that institutional religion is essentially bad. There is a deep stream of this sort of thought in America, from Walden Pond to 1960s sloganeering about trusting no one over 30.

The strength of this position is that it rightly names the damage institutions can do. Here Reinhold Niebuhr’s observation rings true: human beings tend to be good as individuals but bad in groups. We know institutions that have scarred some people and have systematically oppressed others.

The position’s weakness is that it overlooks the fact that human life depends on institutions. The goods of human life -- education, faith, health care, art, music -- are social. There are individual aspects to each, but no one can pursue those areas to their fullest without other people -- trained people, dependent on skills passed down for centuries, enabled by gifts (monetary and otherwise) given by strangers and friends. And so the defense and cultivation of those goods tend also to be social. And there is no social life without institutional backing: Without people, a vision, a mission, money and perhaps buildings, social goods tend to dissipate like water through open fingers.

The third prayer incorporates the strengths of the first two and avoids the weaknesses, calling for flourishing institutions for the sake of the whole of human life in communion. The prayer is, “God save us through your institutions.” This prayer recognizes the deep pit of human need from which we all approach God: it is we who need saving, but not from institutions.

God has no blessing for us mortals that is not institutionally mediated. God saves through Israel, ever-wrestling with God’s chosen people just as God wrestled with their father Jacob by the Jabbok. And God saves through the church: a people called out from the world to be joined in baptism to Israel’s God and nurtured through Eucharist. One may judge others’ “organized” religions from the safety and isolation of one’s easy chair or the rigor of one’s treadmill (the key word here: “one”). But Christianity joins us in Christ to one another and to concern for the thriving of all of creation.

This position also recognizes that while institutions are indispensible to God’s work, they are never frozen, unchanging, in their current form. Institutions are essential, but not static. We never can do without institutions, but the form they may take can vary as dramatically as Israel’s magnificent temple and Jesus’ vulnerable flesh, so recently risen.

Read more in this series: Why institutions matter 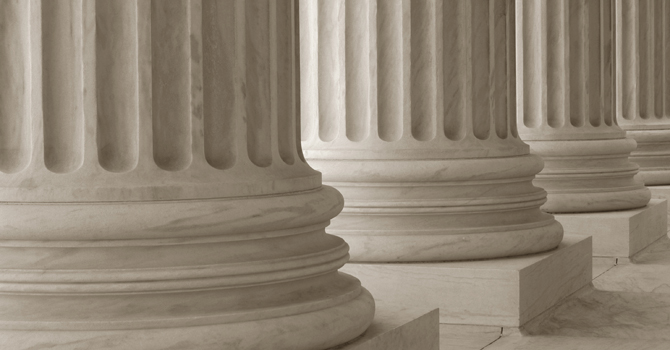 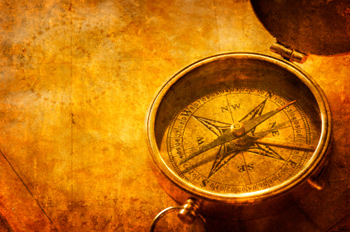 ‘What We Wish Were True: Reflections on Nurturing Life and Facing Death’