Pastors were not prepared for the digital demands of the pandemic. What does that teach us about the next crisis?

Of all the new things they were asked to take on during the pandemic, it was technology work and decision making that pastors felt the least prepared for, according to a two-year study from Texas A&M University.

A pastor from a small Methodist congregation in Indiana has to borrow a smartphone from one of her elders. She watches a quick tutorial on Facebook livestreaming, then films a makeshift service from her living room.

And there’s the pastor of a rural Presbyterian church who discovered that the church did not own a tripod — moments before recording his first online service. He fastened his iPhone to a ladder with duct tape.

These are just some of the stories coming out of the Tech in Churches During COVID-19 research project, a two-year study on how churches and their leaders have adopted — and adapted to using — digital technology in ministry.

Funded by Lilly Endowment Inc. and working with the Center for Congregations, a team from Texas A&M University is investigating 2,700 congregations that received grants to purchase technology resources during the pandemic to enable them to move their services online.

Before 2020, many churches had never considered the importance of having Wi-Fi connections in their church buildings, let alone internet-enabled cameras or livestream setups. In fact, most American pastors likely never even considered holding worship services online.

Yet the COVID-19 pandemic, ensuing lockdowns and social-distancing regulations quickly showed congregations that having access to up-to-date digital media technology was not simply a novel ministry opportunity but a necessity.

The forced migration of worship services online in March 2020 brought with it many stories of churches being caught off guard by these new technological requirements.

Nearly two-thirds of pastors in this study felt that of all the new things they were asked to take on during the pandemic, it was technology work and decision making they felt the most unprepared for.

Through conversations with 500 church leaders, we heard responses like, “This wasn’t the job I signed up for as a pastor”; “I have no training in ‘putting on the tech hat’”; and, “I am a novice at tech — but the only one willing to try and get the church online.”

Leaders’ widespread lack of technology skills, knowledge and experience was further complicated by the digital divide, which many churches encountered for the first time. The digital divide describes the gap between individuals and groups that do and do not have access to technology, especially the internet.

The experience of the pandemic revealed for churches the challenge of what it means to be among the digital have-nots. Smaller and rural congregations in particular discovered that being in a community with limited internet access was not just a disadvantage but often a major barrier to acclimating to or addressing changes in gathering.

Yet the struggle was often more than churches simply not having key technologies on hand or the funds to purchase them. Many congregations battled self-imposed limitations on technology and roadblocks they created for themselves.

This we describe as digital reluctance, an unwillingness among leaders and/or members to embrace technology due to fear or lack of familiarity.

This was expressed by senior members of congregations as well as by church leaders, and this digital reluctance often prevented them from innovating worship and adapting to public gathering limitations.

For example, one leader, who described his congregation as “very anti-tech” and said that he personally “never had an interest in going online,” felt that these factors created significant obstacles for his church during the pandemic. In his view, the congregation’s initial reluctance to consider or even experiment with technology-driven service solutions created unnecessary tensions during already uncertain and tense times.

In other cases, congregational resistance toward technology often corresponded with a church’s general unwillingness to change its liturgical practice or re-envision the church. As one pastor said, “For some, getting on board with online worship was seen as giving up on the core of their faith.”

Digital reluctance also created friction in some churches between the generations. Younger and more digitally fluent members, excited about the possibility of re-imagining the church through digital platforms, often found themselves in conflict with older members or those less familiar with digital media.

Some leaders said the generational digital divide, and the tensions created around it, contributed to the slower return of some younger members once face-to-face services resumed.

“Some of those folks haven’t returned. … Our seniors were taught that you were here every Sunday, so they’re ready to be back. But that’s not the case with our younger people and those who were willing to try to go online from the start,” one pastor told researchers. “Time will tell what impact online tensions created.”

As a grand experiment and learning opportunity, the digital transition many churches underwent during the pandemic provides us with several valuable lessons.

First of all, our research found that pastors who had a positive and open mindset toward changing worship practices and/or engaging technology had a less stressful experience adapting to the challenges of the pandemic. This shows that attitude can greatly influence one’s outlook in times of forced change.

Second, congregations and their leaders who were willing to experiment with technology and learn from mistakes made in the process found that moving to online services opened up the possibility to reconsider the very nature of church.

Congregations are asking questions, for example, about whether church is primarily defined by its Sunday worship service, its community outreach, its technology use or something else. This is a challenging and tiring task, but pastors who felt empowered to be creative in their problem solving seemed to demonstrate greater resilience when handling pandemic stressors.

Third, pastors who used difficulties with technology to facilitate conversations about the nature of the Christian community helped create space for new perspectives to be shared.

This helped refocus the discourse from what was lacking in online worship to one centered on exploring new opportunities for community building, such as reinventing how small groups meet, how leaders perform pastoral care and how hybrid Sunday school can redefine religious education.

While the digital divide continues to be a challenging reality for many churches, the pandemic revealed important traits church leaders need to prepare for future cultural disruptions and technological shifts. Duct tape and an online tutorial won’t solve all church tech problems, but they do demonstrate creativity and a willingness to try — which can go a long way in moving churches forward.

Kelly Latimore: ‘What is our church art for?’

Iconographer Kelly Latimore creates art that uses a traditional style to depict contemporary people and, he hopes, to bring people together.

Jonathan Brooks: How engaged is your church in your neighborhood?

A free online quiz offered by the Parish Collective helps congregations discern their current level of engagement in their communities and offers resources to deepen that connection, says the organization’s board chair. 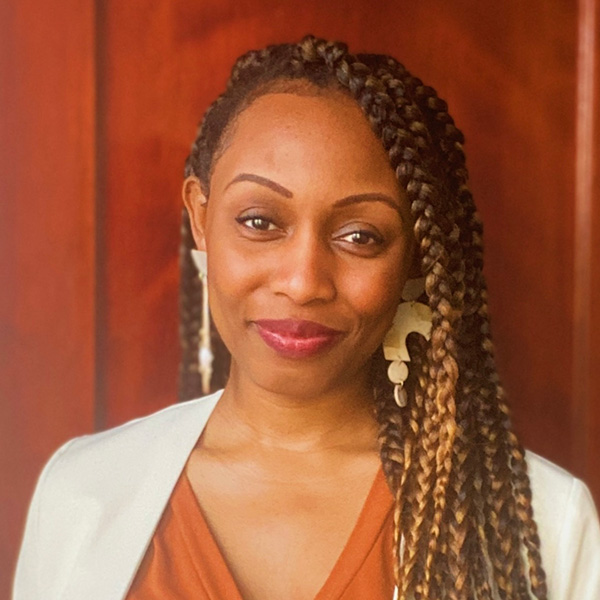