Members of Christ Presbyterian Church in suburban Chicago celebrated Advent several years ago with a multicultural theme: Stoles from Guatemala, serapes from Mexico and Kente cloth from Ghana served as paraments. Congregants sang in English, Spanish, Tagalog and Twi. During one week, the pastor served pita bread during communion.

The theme reflected the makeup of the congregation, where at least one-third of the 70 congregants are immigrants. They’ve come from places like Brazil, the Philippines, Mexico and Scotland and have found a home at the 42-year-old church in Hanover Park, Ill.

From the perspective of the Rev. Laura Taylor de Palomino, the church’s pastor, the diversity is not just something the church works around or tolerates. “We see diversity as a gift and something to celebrate,” she said.

The change reflects the continuing waves of immigration to the United States, said Mark Chaves, the director of the study, which encompasses information gathered in 45-minute interviews with leaders or staff members at more than 1,500 congregations across the country.

The changing demographics raise new challenges for churches and church leaders. Those who have made the effort to welcome new immigrants say it can be a difficult task: How do church leaders first reach out and then embrace immigrant populations? How do they do it without alienating their current members? But leaders who advocate the idea say that intentionally welcoming new arrivals to this country into their churches is essential to the witness of the church.

“If we really want to fully experience the face of God, we are only going to experience it through the lens of different cultures,” said the Rev. Stephen S. Dudek, priest at Holy Name of Jesus, a Catholic church in the Grand Rapids, Mich., suburb of Wyoming.

Integrating recent immigrants into churches can be challenging, particularly for existing mainline Protestant congregations. For one thing, churches still remain largely segregated. Membership at mainline Protestant churches, for example, is 91 percent white, according to the February 2008 U.S. Religious Landscape Survey by the Pew Forum on Religion and Public Life.

And many immigrants prefer to create their own church communities, said Helen Rose Ebaugh, a sociology professor at the University of Houston and co-author of “Religion and The New Immigrants: Continuities and Adaptations in Immigrant Congregations.”

“This business of integrating churches is not easy. It’s not. It’s extremely difficult,” Ebaugh said.

Also working against mainline Protestant churches is the fact that few immigrants say they are connected with those denominations. Nearly half of immigrants who arrived in the United States between 2000 and 2007 identified themselves as Catholic, according to the Pew survey, while only 5 percent said they were affiliated with a mainline Protestant church. Thirteen percent said they were affiliated with evangelical churches.

The Catholic Church has been active in welcoming the newcomers. Many churches hold separate masses in Spanish or other languages for their members. At St. Joseph Parish, a Catholic church in Spring Valley, N.Y., mass is conducted in English and four other languages. The church offers English classes and programs that try to help immigrants feel at home in the United States, said the Rev. Rudolph F. Gonzalez, but he admits it takes time.

“It’s a process, I think, and for new immigrants, church becomes a haven when everything else seems so foreign,” said Gonzalez, himself an immigrant from Guatemala.

The Rev. David Schoen advises congregations that if they want to reach out to the community, their churches should reflect their communities. That can mean a focus on music, language or diversity in leadership said Schoen, leader of the congregational vitality and discipleship ministry team at the United Church of Christ.

In many areas, those neighborhoods are changing. The National Congregations Study showed that the number of people whose congregations are located in areas where at least 5 percent of the residents are Latinos or have immigrated to the United States since 1980 also has increased since 1998.

If attracting immigrants is so difficult, what compels some congregations to reach out to them, especially when many immigrants come together to form their own churches? Church leaders point to the Bible.

“If we really look at Scripture carefully, we discover that migration is the canvas upon which the sacred story of salvation history is painted and comes to life,” said Dudek, the priest at Holy Name of Jesus who has taught cross-cultural ministry for Aquinas College in Grand Rapids.

In an article in the February 2008 issue of New Theology Review, Dudek wrote about the story of Ruth:  “[N]ameless like so many immigrants and people of color today, her place of origin and family connection with Israel define her (Ruth 2:6).” He later wrote: “Ruth helped Israel break free of the chains of ethnocentrism. Could it be that at this time in our own nation’s history, when immigrants are suspect, that our salvation might hinge upon foreigners as well?”

The Hebrew Bible and the Christian New Testament teach equal justice and love for all people, said Taylor de Palomino, the pastor at Christ Presbyterian Church. She sees it as a privilege and gift to be able to worship with others with different forms of expression. She cited Revelation 7:9, saying she believes that “multicultural worship in this life is a prelude to what life will be like in heaven.”

While the Bible provides the rationale, the reality of building a truly diverse church depends on making genuine connections and sharing power -- an area in which church leaders have a major role to play.

In his article, “Becoming Inclusive Communities of Faith,” for New Theology Review, Dudek described a framework for churches to become more culturally and racially inclusive. In it, he described an “intercultural dialogue ladder” that “enables congregations to get beyond ethnic communities living side by side without any connection to each other.”

One step is relationship-building. It cannot be forced, but it should be encouraged, perhaps around opportunities that focus on sharing and food, he wrote. He also wrote that for newcomers to feel like they belong, the long-time church members “must not only share space and resources, they have to create them anew. The biggest danger at this point is to offer others solely what is left over or inconsistent with the in-group’s mission.”

Dudek also views storytelling as a sacred act. “There is no better way for cultures to connect than through the sharing of life stories that inspire and heal,” Dudek wrote.

Taylor de Palomino, whose congregation has been culturally diverse almost since it was started, is a member of a multicultural covenant team made up of several churches that meets every month. She is also a field staff member for multicultural ministries for the Presbyterian Churches (USA).

“I think for a church to be genuinely multicultural, the leadership of the pastor is important and the attitude of the congregation is equally important,” Taylor de Palomino said. Sometimes churches invite newcomers into their church but ask them to leave their culture at the door, she said.

That hasn’t been the case at Christ Presbyterian. The 2006 Advent celebration, for example, featured a different region of the world each week. One week, a church member from Ghana sang a carol in Twi. The next week, church members from the Philippines sang in Tagalog. Taylor de Palomino served pita bread during the week focusing on the Middle East.

Priscilla Cardoso is from Brazil and has been in the United States for seven years. She is a member of Christ Presbyterian Church, which she says is very much like her family.

For her, it doesn’t matter where other members come from or if their traditions are different from hers.

“We are Christian. We have the Bible. We think the same way,” Cardoso said. “We have a church. We can help each other.”

And incorporating immigrants isn’t just a special-occasion effort, Taylor de Palomino said. About half of the church’s deacons and elders are immigrants. Leadership positions in churches can be important for immigrants, said Ebaugh, the sociologist from Rice.

Immigrants often are “downwardly mobile” because they may not speak English well or may lack the credentials to practice their profession in the United States. So, church leadership may be an area in which they can compensate for the loss in status, Ebaugh said.

“If they come into these Christian churches and they are not allowed to be choir director or study group leader, that is a function of church that doesn’t get met for these people,” Ebaugh said.

Being a good listener and having patience are two important traits for any church leader who wants to make his or her church more diverse, said the Rev. Kevin Baker, pastor at Reconciliation United Methodist Church in Durham, N.C., where Anglo, African-American and Latino members pray together each week.

When the church opened in the late 1990s as a multicultural church, there weren’t any complaints because the people who were there knew that the church sought to welcome members from all different backgrounds, Baker said. It didn’t take long, however, for people to get set in their ways. He heard complaints about the number of songs sung in Spanish on Sundays or concerns that the church needed to do a better job of reaching out to African Americans.

As pastor of the church, Baker said he tries to help people reframe some of their complaints to tone down seemingly biting comments. Once people sit down and discuss their complaints, the issues can be addressed more amicably, he said.

Reconciliation UMC has started storytelling sessions where members are asked to share something that is unique to them as a person and to their background and culture. In each session, two people are asked to speak for about 15 minutes. The hope is that the stories will serve as introductions that will spark a dialogue between the storyteller and other church members.

Sharing food, sharing stories and sharing leadership are all part of making congregations look like the rest of America -- and the kingdom of God, say those involved in the effort.

Against a backdrop of book banning, attacks on school curricula and the highly publicized death of yet another Black man after an incident of police violence, bestselling authors Kendi and Stone assure a group of North Carolina eighth graders of their humanity and equality.

Preaching must speak into and transform our understanding of conflict

The Gospel of Mark teaches us how Jesus’ ministry and preaching crossed cultural and religious boundaries, says a preacher and pastor.

Christians have a responsibility to confront Christian nationalism

After congressional inaction, addressing Christian nationalism is now up to the American people, says an advocate for religious liberty. 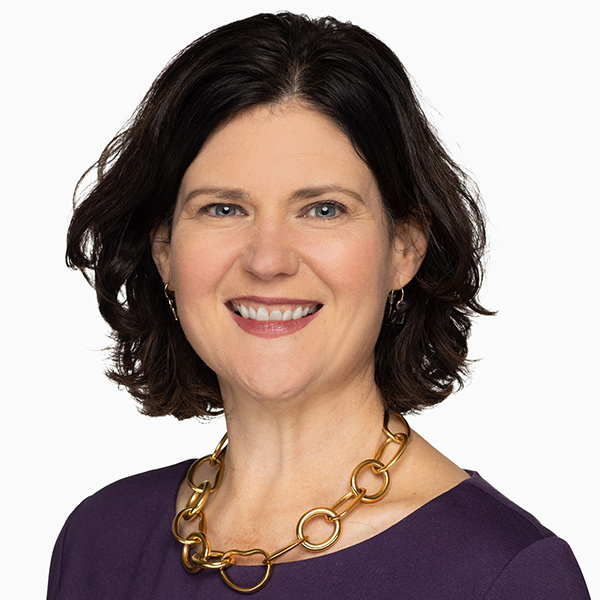 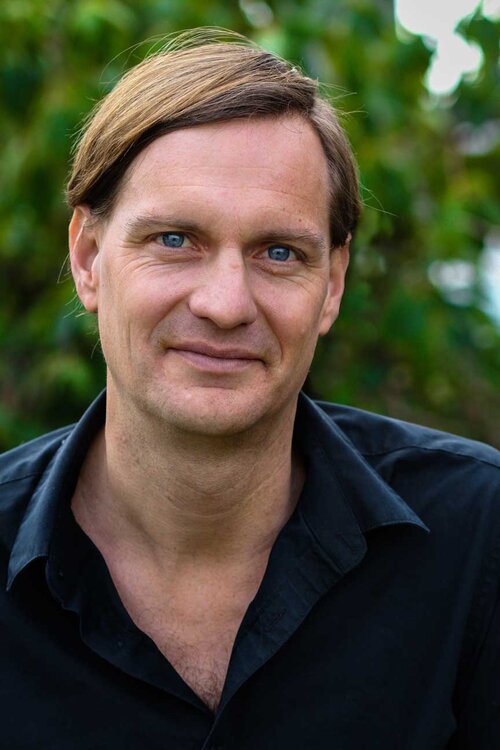 "This was a game-changer for us.  The chance to climb up from the 'dance floor' of our everyday activity and discern a clarified organization future from the 'balcony' was the gift we needed even more than we understood at the time.

We welcome applicants who serve in a range of leadership roles, from project director to senior administrator, and who are working in a variety of organizations, including denominations, seminaries, church-related colleges, consultancies, congregations, Christian nonprofits, Christian social enterprises and others. The application deadline is May 15, 2023.