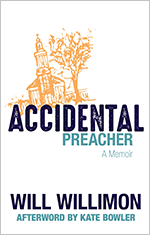 You don’t have to be a monk or hermit to commit to contemplative praying and living, L. Roger Owens writes in this excerpt from his new book.

'What is the urgency?'

In this pandemic-informed season, churches and their leaders should not feel rushed into decisions that can safely wait for fuller information and deeper discernment, writes a managing director of Leadership Education at Duke Divinity.

Peer groups for pastors can create a healthy ecosystem of support

A supportive space for pastors where they don’t have to explain their work can be key in preventing isolation in ministry.