Jason Byassee: Innovating with an ancient

Even in orthodoxy, what is older is not necessarily better.

Those who cite fourth century theologians in their favor are not usually accused of championing innovation. For the Eastern Orthodox Church that draws deeply on the eastern church fathers, a key hurdle for doctrine is whether it has changed or not. If change has occurred it can only be into error. I love the joke about the Catholic, the Protestant and the Orthodox arguing which Jesus would be when he returns. The Protestant and the Catholic stick up for their sides. The Orthodox is puzzled: “Why would he change?” Works on multiple levels. 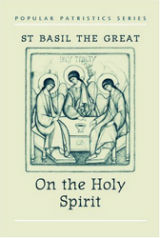 Yet St. Basil of Caesaria, the Cappadocian father so beloved he earned the nickname “the Great,” proudly announces an act of innovation in his great work “On the Holy Spirit.” “Lately while I pray with the people, we sometimes finish the doxology to God the Father with the form ‘Glory to the Father with the Son, together with the Holy Spirit’.” He admits he’s the one introducing the new doxology. His opponents jump on the charge of novelty and pummel him for departing from tradition. But for Basil this is no departure. It’s a descent into a deeper and more profound Orthodoxy. The problem is, the more common doxology has given the impression of a rank of greatness within the Trinity, with the Father as top dog, the Son a lieutenant of some sort, and the Spirit as something less still. The doxology with the preposition “and” makes clear that no order of power or status is intended. The three persons of the Trinity are each divine, and dramatically distinct from everything else that is, all of which has been created by the Father, through the Son, with the Spirit. Or as Basil is now maintaining, by the Father and the Son and the Spirit.

The plain fact is, even in Orthodoxy, what is older is not necessarily better. Early attempts to describe the Son’s relationship with the One who sent him drew on the Scriptures’ language of angels -- Jesus as the “angel of mighty council” in Isaiah 9, for example. These were eventually seen as failures since God is clearly greater than one of his ministers. Arius was another significant attempt to cut through the ambiguity by saying clearly that the Son is a creature -- that way the Son is distinct from the Father and there’s no threat to the Father’s monarchy. The attempt failed. Basil and others argued later that if the Son is not divine, he cannot save us. The entire church came to realize they had to be right.

Simply because the church has held an opinion longer, or its author is more ancient than its opponent, does not make a view right. As St. Cyprian had already said a century before Basil, custom without truth is just old error.

How did Basil argue for his innovation? Both doxologies contain truth. The “through/with” doxology demonstrates the order in which the divine nature is revealed. We learn of the Father through the Son’s dispensation among us as Jesus, and through the Spirit’s pouring out upon us in baptism and the church’s mission. That more common doxology tells the story of the triune God’s descent among us in flesh and fire, and of our incorporation into the divine life through baptism and worship. The newer doxology also names something true: that all three persons are eternally one God, with no gradation in power. They all three work inseparably in any work of the Trinity.

Basil saw that in order to defend what was dear to trinitarian thought he had to innovate -- to introduce a liturgical novelty that would head off wrongheaded understandings and encourage correct ones.

I had read “On the Holy Spirit” multiple times years ago -- it’s a classic text, showing a great patristic thinker apply to the Spirit arguments that had long been made with reference to the Son. Its contemporary relevance is in its showing in addition to telling: Basil insists the church has long worshiped the Trinity, the Spirit would not let the whole church blaspheme, ergo the Spirit must be divine.

During prior readings I didn’t have the category, “traditioned innovation.” Having the language now I see it fits perfectly. Even the greatest of the defenders of Orthodoxy were not freezing it in amber to be unsullied for all time.

No -- a God who descends into a virgin’s guts and into a church’s fractious life is far too glorious to hold himself aloof like that.