Our ability to perceive the world around us is limited. A pastor argues that having blind spots is not sin, but failing to adjust for them is.

Editor's note: This is the fourth in a series of essays about behavioral theology.

Ariely recounts how in 1987 the world followed the story of 18-month-old Jessica McClure, “Baby Jessica,” who fell into an abandoned well. The ordeal lasted for 58 ½ hours, but as Ariely notes, the intense media coverage made it seem as if it lasted for months.

People were moved by the story of this little girl, and felt compelled to respond. A TV movie was made, ballads were written, and the McClure family received an astounding $700,000 in donations.

Ariely asks us then to compare this story with another event that happened just a few years later: the Rwandan genocide. Over the span of 100 days, some 800,000 people were brutally murdered, many of them little ones every bit as young and defenseless as Baby Jessica.

And our response? Were we 800,000 times more moved by what unfolded in Rwanda? Not even close.

News outlets such as CNN provided more coverage for Baby Jessica than for the entire Rwandan atrocity.

Our response, and lack of response, poses a difficult question: “Why,” Ariely asks, “do we jump out of our chairs and write checks to help one person, while we often feel no great compulsion to act in the face of other tragedies that are in fact more atrocious and involve many more people?”

While racism and a sense of being overwhelmed in the face of such a massive tragedy no doubt play a part, Ariely finds a powerful explanation in experimental data.

Participants in a study were paid a small amount of money for completing some questionnaires and then given an opportunity to donate part of it to a charity.

Perhaps unsurprisingly, participants gave twice as much to Rokia as they gave to those represented in the statistical data.

Ariely’s conclusion from this and similar studies is that statistical information designed to appeal to our reason backfires when it comes to inducing generosity. Numbers and statistics make most people less likely to give rather than more.

Ariely’s response to this conclusion is interesting. Rather than lamenting or vainly trying to change this troubling aspect of our humanity, he suggests, decision makers must simply acknowledge it as a given and craft their appeals accordingly.

When an adult Sunday school study I led encountered the experiment and Ariely’s conclusion, many were uncomfortable with his response. Some argued that this example described the very nature of sin. What else to call our seeming indifference to thousands while giving excessively to one?

And many thought Ariely’s conclusion -- that people aren’t moved by numbers, and decision makers should simply accept this -- gives too much away.

“Aren’t Christians called to be different? Aren’t we called to a higher path?” one of the members asked.

Put another way, does behavioral theory, and behavioral theology, simply accept sin and brokenness rather than offering a challenging witness to the power of Christ to loose the bond and give sight to the blind that is already at work transforming the world?

Many in the class viewed heuristics and predictable biases as the result of sin, products of our fallen condition, and they make a strong case.

Theologically, heuristics and biases are sophisticated, evidence-based descriptions of how sin affects us -- lists akin to what the desert fathers and mothers cataloged in the Egyptian wilderness.

These heuristics and biases seem to describe the division we sometimes feel between knowing the good and doing the good. As the apostle Paul describes the body of sin: “I can will what is right, but I cannot do it. For I do not do the good I want, but the evil I do not want is what I do” (Romans 7:18b-19 NRSV).

According to this view advocated by many in our class, behavioral theology may be helpful in identifying and predicting areas of brokenness with a high degree of accuracy. But then spiritual disciplines such as common worship, prayer and devotional reading should be engaged to resist these twisted aspects of our nature, that by the power of the Holy Spirit we might be conformed more by the will of God than by our biases.

While I concur that this is a strong argument, I respectfully disagree.

The cognitive systems, heuristics and biases so important for understanding theological anthropology describe not our sin but our full humanity.

It may be frustrating to accept that our ability to perceive the world around us is limited and conditioned by the nature of the brain -- but human finitude is not sin.

The church confesses Jesus to be human in every way that we are and yet without sin. As fully human, Jesus was marked by the particularity of being male, Jewish and living in the Galilee in the first century. This particularity informed the teachings he offered and the parables he told.

Another aspect of Jesus’ humanity, one not yet well-studied, is how Jesus himself was shaped by the same heuristics and biases that shape all men and women.

Christ, in Karl Barth’s view, is fully human in every way. Consider this from “The Humanity of God:” “Is it not true that in Jesus Christ, as He is attested in the Holy Scripture, genuine deity includes in itself genuine humanity? There is the father who cares for his lost son, the king who does the same for his insolvent debtor, the Samaritan who takes pity on the one who fell among robbers and in his thoroughgoing act of compassion cares for him in a fashion as unexpected as it is liberal. And this is the act of compassion to which all these parables as parable of the Kingdom of heaven refer. The very One who speaks in these parable takes to His heart the weakness and the perversity, the helplessness and the misery, of the human race surrounding Him. He does not despise men, but in an inconceivable manner esteems them highly just as they are, takes them into His heart and sets Himself in their place.”

One of the most traditional understandings of sin, an understanding articulated by Augustine, Calvin and Barth, is sin as hubris or pride. This is the sin of trying to reach beyond our humanity to barnstorm the kingdom of God.

Sin, rightly understood in behavioral theology, isn’t being biased. Sin is being biased and then willfully failing to adjust for that, perhaps out of pride -- thinking that others may be biased but we aren’t -- or out of simple sloth.

It takes effort and humility to recognize our biases and account for them. It’s no sin to have brains unable to perceive the world without conditioning; it is sin to disregard our ability to predict and adjust for our humanness and then scratch our heads at the wreckage in our wake.

When church leaders recognize their blind spots, however, and adjust for them, beautiful things can happen.

When my wife, Melissa, was in college, a person close to her came out as a gay man. This was a new and confusing experience for her, leading Melis to seek out our campus pastor. To his great credit, he listened to her and then shared that he had unusually strong theological views on the matter that he was concerned might get in the way of his being the kind of pastor she needed in that moment.

Acknowledging this blind spot, he referred Melis instead to his wife, also a pastor. Melis wasn’t disappointed that our campus pastor wasn’t able to magically set aside his bias.

She was, and continues to be, grateful that he knew how to be a fully human pastor, able to recognize the limits every leader brings and then adjust for them, in this case calling in a partner perhaps more able to see what he suspected he was missing. 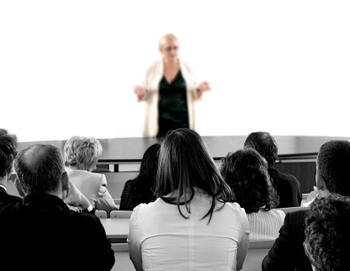 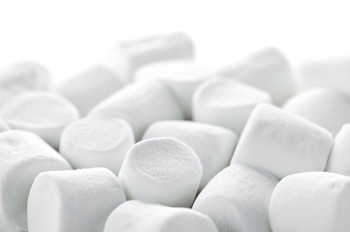 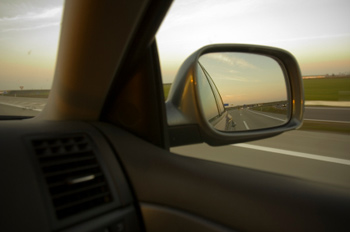 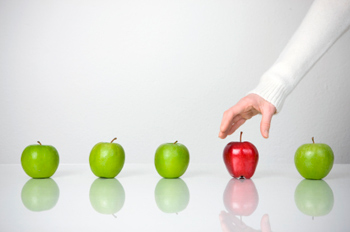 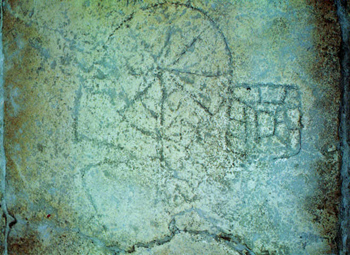