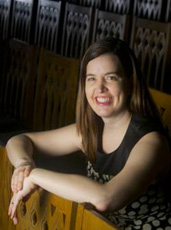 Even as a historian of the largest churches, parachurches and ministries in the country -- what I like to call “megaministry” -- I am still trying to get comfortable with the most dominant feature of modern ministry: big.

Churches are larger than they have ever been in American history. There are churches that dwarf nearby malls. Sanctuaries with waterfalls cascading through them. Lobbies that serve a full Starbucks menu. (My favorite has always been a megachurch I visited where you had to walk under an enormous aquarium that read: “I Will Make You Fishers of Men.”) Scale is such a defining feature of the American religious landscape today that when I taught my last course on the subject, I called it “Big Hair, Big Jesus” -- until the registrar’s office complained that it would look odd on transcripts. “Big” is the order of the day.

This might seem like inconsequential news to the average pastor, because the average pastor’s realities are defined by “small.” Most pastors have small budgets, a small staff and small pools of resources. After all, most American churches are composed of roughly 80 people. Pastors are usually juggling too many responsibilities to notice who is building what next-door.

But over the last 15 years, most urban and suburban churches have gained a new neighbor -- the megachurch.

An American megachurch is typically defined as a church with regular attendance of 2,000 or more. (The specific standard is adjusted regionally, taking into account population density and church attendance; in South Korea, for example, churches are so big that megachurches are defined as 10,000+.) In 1970, there were roughly 50 megachurches in America. In 2000, there were about 600, and by 2005, that number had doubled to 1,200. Today, the U.S. has around 1,650 of these supersize congregations.

One of the most common misconceptions about megachurches is that they are primarily bastions of the prosperity gospel. As someone who spent a decade studying the prosperity gospel’s televangelists and pastors, I think the misunderstanding is quite natural. After all, most Christian television networks are owned by a cluster of prosperity preachers who typically put people just like themselves on the air. Further, a strong minority of the country’s largest churches are led by prosperity superstars. The most-watched televangelist in America, Joel Osteen -- nicknamed “the smiling preacher” -- leads the country’s largest church, Lakewood Church, and covers every Barnes & Noble bookstore with his latest New York Times best-seller.

What people are noticing are the trendsetting churches and celebrities who dominate the top tier of ministries. Their ministries create the capacity to pump their materials into endless circulation through Twitter, Facebook, online streaming, books, radio, television and local events, making their brand of Christianity seem virtually omnipresent.

Another misreading is that these churches are independent, hovering above all denominational cares and concerns. On the contrary, a vast number (some scholars say a majority) of American megachurches belong to denominations. There are, for instance, numerous Southern Baptist megachurches and Assemblies of God megachurches. Mainliners would be pleased to know that there are United Methodist, Presbyterian, Lutheran and United Church of Christ megachurches. The Seventh Day Adventists have nearly a dozen megachurches, and even the Quakers have a few. To be sure, the average denominational megachurch is smaller, but on the whole, these congregations are proving to be a source of leadership and momentum for the organizations who claim them.

The world of megaministry has its own rules. As large and complex institutions, megachurches invariably turn toward strong leadership. They are typically governed by solution-oriented and pragmatic approaches with an eye toward providing resources for their sprawling in-house programs. Whether structured as single sanctuaries with multiple services or multi-site operations, they must adopt and adapt new technologies to accommodate their needs. But to understand the role of the megachurch in modern church life, the place where we as observers must begin is quite simple. We must start by making our peace with the megachurch as our neighbor.

I hear the criticisms of megachurches all the time: they have endless resources, so that small churches can’t compete; their leaders act as if they are above the fray; they represent Christianity “lite”; they are the equivalent of Christian shopping malls, where people pick and choose only what they want. The list goes on.

However, we must all come to terms with the fact that this form of congregational life seems to be here to stay. According to sociologist Mark Chaves’ most recent National Congregations Study, an astonishing half of all churchgoers attend the largest 7 percent of congregations. In short, more people -- across traditions -- are becoming concentrated in fewer churches. Though most of us do not attend a megachurch, more and more of us are finding ourselves living in a megachurch shadow.

What does the era of “big” have to teach us? And what new connections must be forged to keep us all vibrant? What factors push American Christendom’s institutions together or pull them apart?

Small-church pastors are typically keenly aware of what people need but often unable to generate resources to carry out expansive visions. Large-church pastors are typically fueled by big dreams but often unable to stay in step with people’s everyday concerns. So whether you spend Sundays in a tiny country church or take five escalators to get to your church’s sanctuary, you need to learn from your neighbor. And your neighbor needs to learn from you.