The humility of dust

Ash Wednesday reminds us to act with humility, remembering that St. Augustine claims repentance, not imitation of Christ, is the task of leaders.

“Remember you are dust, and to dust you shall return.” Sobering words, especially when accompanied by ashes applied to the forehead. How does one lead in light of Ash Wednesday’s somber pronouncement?

St. Augustine has some partial answers, not about the first day of Lent directly, but about leading in light of our limitations (I draw here entirely on Robert Dodaro’s “Christ and the Just Society in the Thought of Augustine”). In his own day in 5th-century Rome, Augustine has two opponents in mind. On the one side are errant Christians who think if they just try harder they can achieve moral perfection and stand in no further need of forgiveness, whether divine or human. On the other are philosophers for whom the Christian mandate to dispense mercy is just a melodramatic effort to subvert reason with guilt. The whiff of both errors still fills the air we breathe today.

Augustine makes the stark claim that leaders should not try to imitate Christ. The Christian statesman or judge, whom he addresses in his massive “City of God” and in voluminous correspondence, would be setting himself up to fail by trying to imitate the only sinless human being in history. For Augustine, the moral imperative on all people is to repent -- which Christ, who was by nature sinless, could not himself do. It seems stark in our day to ask anyone not to imitate Jesus and to say Jesus is unable to do something (such as repent). But for Augustine, lesson one is always that we are sinners incapable of total rehabilitation in this life. Leaders are in positions to do more harm than others if they fail to get that crucial first point.

So if we aren’t to imitate Christ, whom should we imitate?

Not to worry. God is faithful, and has provided an alternative to the impossible task of Christ-imitation: the saints. Scripture is appropriately full of imperfect people through whom the God of all mercy has chosen to work. Leaders ought especially to imitate the penitential posture of Scripture’s leaders. Think of King David, who committed adultery with Bathsheeba, murdered her husband and apparently went on pang-free until confronted by the prophet Nathan. He responded not only with repentance, but by authoring the slew of penitential psalms the rest of us use to this day: “Create in me a clean heart, O God, and renew a right spirit within me” (Psalm 51). Think, too, of St. Peter, on whom the church itself is built, going out and weeping for his sin of betraying Christ (Matthew 26:75). We might think of Augustine’s final days, when he had the penitential psalms written sideways on his wall, so he could lie in his deathbed and repeat them amidst tears. The church is a treasury of imperfect leaders.

Scripture’s ideal imperfect saint is none other than St. Paul, who could not have done more to subvert the Roman notion of civic greatness if he had tried. For Paul, true strength is weakness. He does not mean timidity, much less incessant niceness (neither Paul nor Augustine fit either description). Rather, Paul recommends as a public posture for righteousness the sort of openness to repentance he displayed on the Damascus Road. The appearance of any virtue in Paul, no less than in us, is unmistakably due to Christ’s grace. What Roman leader was ever glorified for boasting this way? “I will boast all the more gladly of my weaknesses, so that the power of Christ may dwell in me” (2 Corinthians 5:9). For Augustine, on strictly Christian grounds that he did not expect non-Christians could understand, it is only with the acknowledgement of sin and constant repentance that one can lead without a desire to dominate others.

How does this mandate to penitential leadership not leave us as quivering messes of apology, unable to do more than castigate ourselves? Augustine does think some positive traits of leadership are possible in this largely negative light. He praises the emperor Theodosius, who heeded St. Ambrose’s call to repent and did so publicly. Such open acknowledgement of sin is a precondition for an emperor to be able to bear patiently the sins of others, even to the point of offering mercy to those deserving of condemnation. Such a premium on forgiveness also makes for a stronger civic society -- not, as Stoics claimed, a weaker one. For it is only with a mandate to forgive that civil fractions can be healed, strife lessened and social harmony attained. The mandate to mercy starts at the top, so powerful Theodosius on his knees in public penance comes in for praise.

There is a place for the administration of justice here as well. For Augustine, emperors are right to tear down idols and outlaw pagan worship. For only genuinely Christian worship can make possible the balm of humility in public life. The Scriptures still command us to pass judgment on sin, as all judges, even Christian, must be aware. But Christian judges also hear church passages like John 8 -- the woman caught in adultery -- and so must know that for us, mercy triumphs over justice. As Augustine writes to one appropriately worried judge, there is a place for the death penalty. But only Christ himself is righteous enough to implement it. With the woman caught in adultery, the unstated conclusion is obvious: Christ did no such thing.

Augustine’s praise of constant repentance, the social adhesion of mutual forgiveness and the priority of mercy over judgment may not be enough for Christian leaders of institutions in our day. They may not have been enough in Augustine’s day either. We would be right to quibble with his penchant for male pronouns and praise for state-mandated worship. Perhaps we are sinners precisely where we see no sin in ourselves.

But these reflections are appropriate for Ash Wednesday. Perhaps, with the humility of dust publicly displayed on our foreheads, we can slowly learn how to exercise our authority with some of the sort of humility David, Paul and Augustine before us have shown, glorying in weakness rather than strength; seeking forgiveness when necessary, offering it when asked, judging when necessary, remembering Christ also will judge us.

And here’s the irony -- the one who praised humility rather than achievement himself achieved the laying of the theological foundation for all subsequent western Christianity, and so for western society itself. With Augustine, glory did come through weakness.

The last two years have deepened our experience with grief. As we move into the season of Lent, a pastor and assistant professor asks what has been learned. 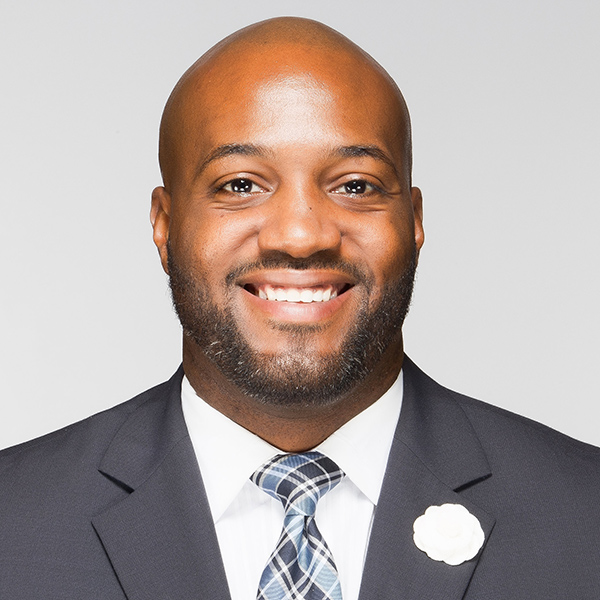 Though the pandemic has brought much change over the past year, Ash Wednesday still has a lot to teach us, says a pastor.

Melissa Musick Nussbaum: We are marked with what we are