Will Willimon: Ayn Rand and Christmas

Link to author Will Willimon
By Will Willimon Professor of the practice of Christian ministry
Monday, December 12, 2011 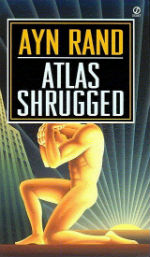 In college an older student handed me a book, solemnly saying, “This tells the truth.” The next day I read Ayn Rand’s “The Fountainhead” cover-to-cover. Even as a freshman I could tell it was a poorly written novel. I assumed Rand’s bloated prose was due to her having to learn English as a second language. Like all of her novels, “Fountainhead” is a tract that depicts rich people as victims of small-brained, weak people who use government to punish others for genius, hard work and financial achievement. Rand’s “Fountainhead” and “Atlas Shrugged” repudiate family and community. Their major characters’ families and spouses are leeches whose communities are filled with sponges attempting to live off the powerful, brilliant few.

Only later did I learn the seminal truth about Rand -- she was a fanatical atheist.

Mention of Rand in church would be a waste -- particularly during Advent -- were it not that this tough old atheist now enjoys a renaissance under the patronage of some prominent public figures. She has been cited frequently in congressional debate, most often by Congressman Paul Ryan, but also by presidential aspirant Ron Paul. Ryan doles out Rand quotes during budget committee hearings and cites her many times with approval in public debate. Congressman John Boehner also reverently quotes her, pushes Rand’s books as brilliant social political tracts, and says that her thoughts are his on America.

To Rand, public interest counts for nothing. “There is no such entity as ‘the public,’ since the public is merely a number of individuals,” many of whom, in their weakness, deserve to be stepped upon by the rest of us geniuses on our way up. Yet the Ayn Rand Center sustains Rand's ideas and the Tea Party has adopted her as its ideologue. I’ve seen her picture carried as a placard at Tea Party rallies even though some Tea Partiers have misgivings about her anti-family ideas.

William F. Buckley, a perceptive conservative, had enduring contempt for Rand and her “philosophy,” not only because of his wisdom but because he was a Catholic in a way that Congressman Ryan is not. Buckley knew Rand didn’t just happen to be an atheist. Her views on the danger of government, the sovereignty of the individual, the evil of the family, and the sanctity of self-aggrandizement directly relate to her hatred of God and religion (God as a primitive, silly illusion, and religion, any religion, as “a crutch” used by weak people who can’t cut it in a competitive market). Atheism accounts for Rand in a way that it doesn’t even count in Marx.

I’m amazed that these politicians promote Rand’s philosophy without concern for her atheism. But more amazing is the grand celebration we Christians are about to witness. Christmas, the nativity of Jesus Christ, is an eloquent rebuke to Rand and her contemporary devotees, because Christmas is God’s grand revelation of who God really is.

The incarnation, as Luke tells the story, occurred among those on the bottom. Poor shepherds working the night shift were first to get the news that a poor, unwed Jewish woman was bearing Emmanuel into the world. Old people once made silent -- Simeon and Anna -- were the first to sing. These social leeches, as Rand regards them, were the first to be told by God of “God with us”. The rich and powerful, Rand’s chosen few, resisted Jesus from the day of his birth.

And Christians believe that strange story is the whole truth about God. Jesus Christ -- a poor, vulnerable baby whose family (according to Matthew) was forced to immigrate to Egypt, who cast his lots among the homeless, the hungry, the jobless and the poor -- is God among us.

This unexpected truth explains why North Alabama Methodists have spent the last eight months helping the victims of the April storms. That’s why this week (by my informal estimate) as many as five thousand people will be fed by our churches. That’s why some of our folks will spend Christmas Eve, not around the warmth of their family hearth but hosting some of Jesus’ less fortunate families at Christmas suppers and soup kitchens, allowing some to stay the night to keep from the cold.

Why? Not because we are soft-headed liberals, or because we have weak economic theory. No, it’s because unlike the devotees of Rand we really believe that the babe in the manger is the whole truth about God and about who we are meant to be. Ayn Rand is lying.

That’s the grand truth we get to preach this Christmastide.

Will Willimon is a United Methodist Bishop serving in Birmingham, Alabama.

Can’t relate to Christmas Mary? There’s good news for you too

For women without biological children, the veneration of Mary can be alienating. But Mary’s freedom song in Luke’s Gospel offers another way to regard the mother of Jesus, writes an author.

What was Joseph to do?

Mary is understandably a focus of most Advent stories, but there are also lessons to learn from Joseph, writes a director of programs and grants at Leadership Education at Duke Divinity.