David Leong: What is the theological meaning of the city?

A theologian urges Christians to understand their own neighborhoods as places that are rich and layered with theological meaning, leading them to think differently about everyday faith and practice.

David Leong was born in Detroit and grew up in North Carolina and Washington state. He currently lives with his family in Seattle’s Rainier Valley neighborhood, one of the most diverse in the region.

Leong’s nomadic history sparked an interest in the notions of rootedness and place -- ideas he explores in his work as a theologian and associate professor at Seattle Pacific University.

In particular, he studies cities, which he describes as “enmeshed networks of different types of exchange and interaction.”

This encompasses both the physical landscape -- including the ways in which those spaces historically have been shaped to exclude and divide people -- and how humans form their sense of connection and home.

“One of my joys is coming into congregational settings and helping them reflect on where they are and how they can be faithful where they are,” Leong said.

“Sometimes that means doing a deeper dive into their local geography, but sometimes it means thinking about location in other ways.” Leong, the author of “Race and Place: How Urban Geography Shapes the Journey to Reconciliation,” earned a Ph.D. from Fuller Theological Seminary and a master’s degree from Regent College in Vancouver, British Columbia.

Before joining the faculty at Seattle Pacific, he served three churches, including Quest Church in Seattle.

He spoke to Faith & Leadership about why he studies cities and how Christians can push beyond the boundaries of their own neighborhoods. The following is an edited transcript.

Q: You describe your work as looking at “theological meaning of the city in an increasingly globalized and urbanized world.” What do you mean by that?

I really want to think of cities as a theological text -- a place that’s rich and layered with meaning that forces us to think differently about everyday faith and practice.

I’m really just trying to widen the theological lens that we bring to our everyday life -- in particular, by looking at structures that make up cities. That has to do with all the different systems -- physical and ideological and economic.

Q: You are located in academia. Is this work a theoretical, theological project for you, or is it more about who you are as a Christian?

I think it’s a little bit of both. My training is as a missiologist, which is somewhat an accidental landing for me. I landed in an academic urban ministry space because I was trying to think about the meanings of freeways and shopping malls and the spaces that shaped my everyday life.

But I think where my heart is, as a professor who teaches for the benefit and the flourishing of the church, is to get people -- especially people in faith communities, whether that’s a congregation or a nonprofit -- to get them out in the community a little bit more, to think about where the spirit and activity of God is happening in civic spaces.

That matches how I understand cities -- that cities are these enmeshed networks of different types of exchange and interaction.

One of my joys is coming into congregational settings and helping them reflect on where they are and how they can be faithful where they are. Sometimes that means doing a deeper dive into their local geography, but sometimes it means thinking about location in other ways.

In my most recent book, “Race and Place,” I talk about residential and vocational and social locations.

We all have a physical address, a place where we maybe sleep at night, and a lot of times that does really shape our everyday interactions, but that’s not the only way we’ve located ourselves. And so I think a lot about location and locatedness and how that shapes what we believe. It really tests our theological convictions every day.

I’ve moved around quite a bit, and that’s probably why I’m preoccupied with rootedness and places, because for much of my early life, I was very migrant.

Q: I’ve heard you refer to yourself as a geographer. To me, that word brings up the notion of a physical landscape. Is that your focus, like an urban-planning orientation?

No, it’s more just trying to make sense of how humans understand space and place. A fundamental question I kept returning to in a lot of my work was the theology of place.

How do people understand locatedness in life; how do they make sense of the spaces where they live and work and worship? How do we attach memories? Why do we gravitate to a sense of home and belonging that’s often linked to a physical place?

Those are the questions I’m looking at when I think about theology and geography.

I do read a lot of urban geography. I’m very interested in housing, in urban planning, down to the nitty-gritty of zoning. And my wife has been in real estate for more than 12 years, and so I think a lot about those questions, but they’re often in service to how people or humans make sense of those spaces.

But because I work at the intersection of race and geography, a lot of times I find myself doing a lot of basic historical education in classrooms or congregations around race and class, how they’ve both been used to map a kind of segregation onto most of the spaces that we inhabit every day.

That work is just pulling back some contemporary ignorance around how the spaces that we inhabit came to be the way they are.

Q: How does reconciliation fit into this?

I try to say that we’re all on a journey and reconciliation is what we’re aiming for but it’s never a destination that we arrive at. We can’t pat ourselves on the back and say we’ve accomplished reconciliation because -- I don’t know -- because we’ve reached some integrated ratio in this school or because this neighborhood looks more diverse than it once did.

I don’t think those are insignificant, but in some ways I think reconciliation is much greater and much deeper than what we make it out to be.

So with that said, I think your question was more about what do I hope to see for people who are located in different types of urban and suburban spaces.

In the book, there are two big themes. The first one is recognizing patterns of exclusion. I think sometimes we want to jump in and solve problems before we understand the depth of the problem.

I made a brief mention before of understanding our history, understanding how long geography and race have worked together and how the segregation that we encounter, the racial injustice that we see, is not just a contemporary phenomenon but deeply, deeply rooted in American history.

There is, thankfully, a long testimony of the biblical witness and of faith communities and of Christians through the ages who’ve looked at divisions in our world and said, “These boundaries are deep and they’re entrenched, but I want to cross over. I want to reach out with humility and hospitality and solidarity.”

This is not a new practice for Christians; it’s something that goes back to the earliest record of Christians who were radically committed to shedding some of the world’s ways of thinking about social and cultural and racial divisions.

The first person I thought of was Dietrich Bonhoeffer, who says that Christian community is not something we create through our effort, through our force of will. It is a reality that exists already in the body of Christ that we get to participate in if we recognize it and we point to it and we embody it.

In a broad sense, that’s what I hope for -- for people to understand that sense of divine belonging that comes from faith in Christ, and how to replicate and share that belonging through hospitality, through radical compassion and justice.

Q: What are the practical steps you would recommend?

A lot of people say, “I want to do something. I want to help. I want to make a difference.” And I appreciate that. I think that comes from a good place.

They can begin by saying, “Where in my own life am I engaging with people on a regular basis where some kind of line, whether physical or metaphorical, is drawn in the sand and we just don’t cross that very often?”

There are some small ways that we can transgress those lines.

An easy one would be residential. I ask people to think about where they live. Where are the boundaries of where they live? If you live in a neighborhood, where does that neighborhood end? And where is the place that’s closest to you that you don’t belong?

I think for all of us it shouldn’t be too difficult to feel like there’s a place not too far from where I live where it’s different. There are different kinds of people there, or there’s a different kind of ethos, or there’s something happening where I don’t go over there.

So I often ask people to do that little exercise of saying, “Why is that? And how do we bring to the surface what’s implicit?”

I think oftentimes, those boundaries are not really talked about, [but] there’s a shared implicit understanding on both sides. We don’t really cross this; we keep ourselves separate.

And what I tell folks is, creatively, and with humility, to disrupt those boundaries. How could we do that with warmth and imagination that invites curiosity?

I have a lot of examples in my book of individuals and organizations, churches who’ve done that really well.

That’s why I joined the church that I’m a part of. I look around every Sunday and I think, “What in the world are these people doing together?” I’m on the board of this church, and yet I still am so pleasantly surprised and encouraged but challenged by the different types of people who worship together on a Sunday.

It’s not always rosy. It’s sometimes really hard. But to me, it’s a picture of what’s supposed to be happening when Christians are faithful. We kind of look at where we don’t belong, or we find people who have been cast aside, who don’t feel like they belong, and we work to intentionally create belonging.

It’s not a do-it-yourself, three-step process to creating belonging, but I do think it begins with that self-reflection. How do we take an inventory of where we’re located and where those boundaries are? How can we start small and try to scale it slowly by building relationships in community?

For two decades, the Nashville nonprofit has modeled organizational sustainability and growth while helping women recover and rebuild.

Ditch the hero narrative and tell a story about your community

Telling a story about your organization that focuses on its place can help motivate and inspire people to return to the pews, writes a professor at Trinity Christian College. 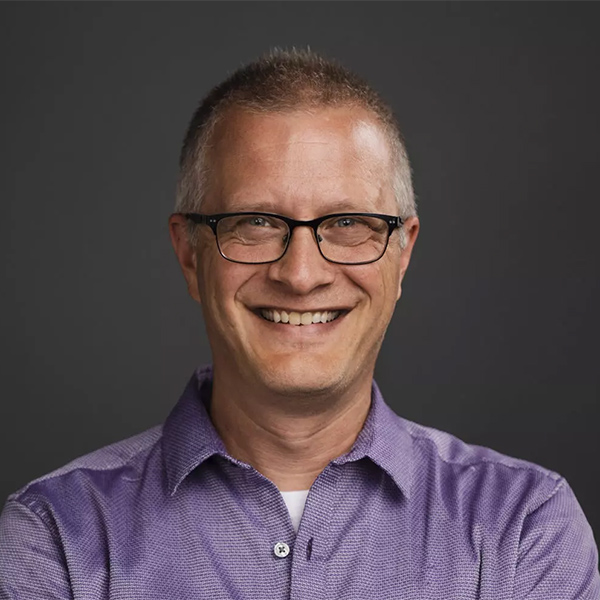