Could congregations seeking to engage young adults take part in a growing movement of campus-based intentional communities? asks a research fellow to The Forum for Theological Exploration (FTE).

On college campuses around the country, Christians are creating intentional communities that allow them to live together in a rhythm of life that helps them discover a larger sense of meaning and purpose.

They are incredibly diverse and seem to be part of a growing movement that holds promise for redefining success among young people coming to adulthood in the new economy.

This summer, the Forum for Theological Exploration gathered 12 leaders of such communities for a three-day consultation. It was part of FTE’s ongoing work to identify and resource intentional Christian communities at both private and public colleges and universities. I was present to listen and to help envision what a widening community of learning might become. We wanted to know how these communities are helping young adults discern vocation.

I learned a lot about the ways in which living together provides a test kitchen for human flourishing. And I found myself wondering how congregations could join in this work.

What makes for a thriving intentional Christian community?

It turns out that it has a lot to do with who takes out the garbage and who does the dishes. Putting people in close proximity to one another -- sharing meals, moods and Mondays -- furnishes the context for a kind of thick friendship to develop that moves beyond the ease, pleasure and enjoyment usually associated with community.

One leader told us that this requires truthful recruiting: “I tell them it is going to be difficult and messy. Your flaws are going to become very apparent and be mirrored by the people you are living with,” said Maria Ollier Burkett, who coordinates a program at the University of Dayton. The payoff for this difficult work is self-discovery, and sometimes life-saving redirection.

Most of the houses incorporate service learning around justice issues; other incentives include academic credit (at some colleges) and an easing of the financial burden of housing. In his dissertation research, the Rev. Rimes McElveen, executive director of Mere Christianity Forum at Furman University, has identified nearly 100 collegiate intentional communities across the U.S., though he said there are likely many more.

“Some of our students are attracted by a sense of lack in their first two years. They are lacking a sense of Christian community, or a connection to core values such as racial reconciliation, justice or the biblical mandate to care for the city,” said Mark Husbands, who founded a house at Hope College.

For a generation accustomed to hearing that they will not achieve the same financial markers of success available to their parents, learning to live together may become an increasingly promising alternative.

The gathering made me think of the congregational leaders I often encounter who want to start a college ministry. They usually offer a once-a-week Bible study or small group.

But what if they offered not another activity in an already busy week but rather a way to bring questions of meaning and purpose to the everyday things the students must do to survive, day in and day out?

It seems as though a rule of life, a community of others and a place to live together provides that opportunity. It’s a significantly deeper investment, though, than bringing snacks and hosting a Bible study.

In some places, congregations and campus living communities have worked together. In Grand Rapids, Michigan, for example, Calvin College began working with area congregations in the late 1990s to create what are now nine houses.

Similarly, the Missional Wisdom Foundation, based at White’s Chapel United Methodist Church in Southlake, Texas, founded its first house in 2008 with students from SMU’s Perkins School of Theology. It now sponsors a network of eight communities that are home to 34 people, the majority of whom are under 30. One house is exclusively for undergraduates, another is solely for Spanish-speakers, and one is home to a community of African refugees.

Larry Duggins, who co-founded Missional Wisdom with Perkins School of Theology professor Elaine Heath, has helped create a study guide for churches interested in seeding and coaching these communities he envisions as “test gardens.”

But such gardening is not easy. “I always wonder: what is it about the ministry we are providing that the church is anxious and not really excited about?” said Grier Booker Richards, the director of a denominationally affiliated house that serves multiple colleges. “We make them nervous. They don’t know what to do with us.”

Still, this movement holds potential to enlarge the classroom to encompass all, or most, of life in the temporary space of the college years. Living in community, dining with one’s neighbors, gardening in the midst of a food desert -- is this not experiential education at its finest?

Add a layer of congregational commitment, and the result can be more intergenerational collaboration and resource exchanges -- something congregations are well-positioned to engage.

Is it too much of a stretch to see this as a new form of evangelism extended to the spiritual-but-not-religious generation?

At the FTE gathering, we learned that these communities can be fertile ground for the flourishing of leaders with a holistic sense of Christian life, and that they are just as possible at large public universities as they are at smaller, church-affiliated colleges.

Seasoned mentors from these communities shared with us resources that have helped them nurture what amounts to pay dirt: experiences of community life that foster theological reflection on God’s desire for each student’s own life.

With cultivation, these communities build the capacity in young adults to replicate creative adaptations after graduation.

“Young people’s lives are pulled in so many different directions -- by societal pressures for success, or belonging, or intimacy. Or their background may have foreshortened their horizon,” Husbands said. “Intentional community can create a safe space to be able to ask questions, be encouraged and see themselves evolving.”

This gathering was part of FTE’s ongoing work to identify and resource intentional Christian communities at both private and public colleges and universities. For more information about becoming part of the conversation, contact Chris McCain at FTE.

Reaching out to the Nones in humility and love

What do the Nones need? And how can we truly hear them? asks a former professor of pastoral counseling. 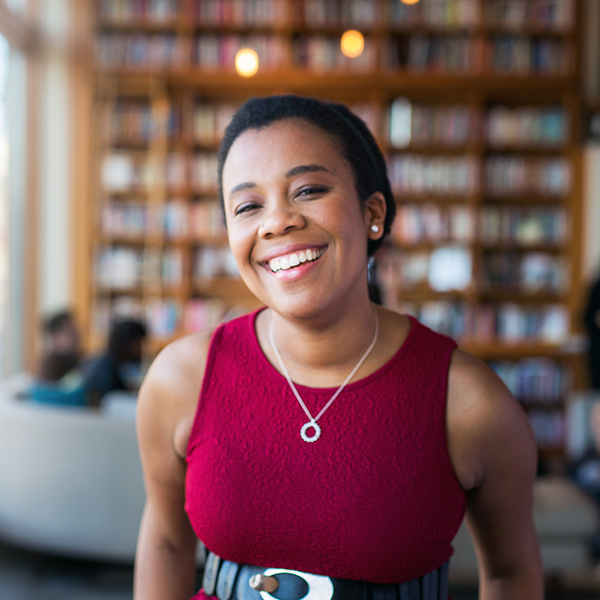