While mainline churches were looking the other way, marginalized youth ministries became laboratories of disruptive innovation. Fortunately, hand-wringing despair is not the only option.

A few years ago, one of us (Ken) was part of an ongoing study group with a profoundly ecumenical mix of clergy.

Ranging in age from the late 20s to the early 60s, the members were from the United States, Canada and Ireland and represented a variety of faith traditions: Roman Catholic, Mennonite, Jewish, United Methodist and Presbyterian.

As Ken and his colleagues reflected on their experiences leading people of faith, they came to an unexpected epiphany: none of their congregations placed much value on ministries with youth.

The large Roman Catholic parish always assigned youth ministry to the newest priest. Two of the mainline congregations hired staff from other denominations to lead their youth groups. And a couple of the other churches had simply abandoned the field to parachurch organizations.

That conversation opened Ken’s eyes. He realized for the first time that mainline churches in the United States have essentially outsourced ministries with youth.

The reasons for this development are varied. Youth are rarely in positions of power in local churches and often have no strong advocate on church governing boards. Clergy who have studied and trained in theological schools often prefer to preach and teach among adults -- the typical and most rewarded career path in ministry. And given the very nature of adolescence -- a sometimes chaotic and messy season in life -- youth ministry is inherently challenging work.

As a result, many congregations have all but walked away from the field, allocating minimal resources to youth programs and hiring people with little theological training to lead them.

To borrow from the work of Clayton Christensen, this is a classic “bottom of the market” scenario in which disruptive innovation occurs. As Christensen might argue, overlooked youth ministries operating out on the margins -- just like small steel mills making low-grade rebar -- do not remain marginal. Youth ministers mature and develop; the most effective ones are not content simply to lead small groups in abandoned church basements.

While mainline churches were looking the other way, many youth ministries transitioned from small groups to larger gatherings with sophisticated music and technology to entire alternative worship services. It is not an accident that many of the most effective and visible megachurch pastors in the United States (Adam Hamilton and Bill Hybels among them) began as youth ministers. At the same time, many parachurch organizations such as Young Life discovered new ways to engage youth directly, bypassing congregations and connecting their ministries to high schools and other contexts.

And so, in the same way that Toyota entered the American auto market with the low-end Corona (which eventually morphed into the Land Cruiser and the entire Lexus line of luxury cars), marginalized youth ministries became laboratories for innovation. And like 1970s-era General Motors, mainline Protestant denominations largely ignored them. Like GM, we stayed too long with established models even as they declined in numbers and quality.

Meanwhile, new laboratories in congregations and parachurch organizations flourished, offering young people significant opportunities to experience Christ. Over the years, as mainline Protestants settled for weaker forms of youth ministry, many of these laboratories became their own vibrant institutions -- with real consequences for mainline Protestants.

Fortunately, Christensen’s theory of disruptive innovation also tells us that solutions are possible. Hand-wringing despair is not mainline Protestants’ only option. Rather, we can learn from the best insights of these laboratories and develop our own skunk-works experiments. 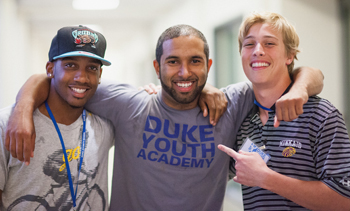 Duke Divinity School has already developed one such experiment, the Duke Youth Academy for Christian Formation, which has had a profound impact on many of its participants -- not only the teenagers who attend the academy every summer but also Divinity School faculty and alumni. Many other seminaries have developed similar academies, most with the visionary support of Lilly Endowment Inc. And some mainline congregations are investing more resources and talent in ministries with young people.

At the same time, we need to remember that the growth of youth ministry laboratories has not been an unequivocal success. Clearly, youth ministries still have room for improvement -- much of which the mainline is uniquely positioned to achieve. The lack of theological education among those who serve and lead adolescents going through one of life’s most developmentally important seasons is a travesty. Approximately 70 percent of full-time youth ministers have no theological education, according to one recent survey.

Already, experiments to help address this challenge are emerging from within mainline Protestantism. Building on the Youth Academy, Duke Divinity School now offers a master of arts in Christian practice designed for active youth ministers in partnership with their congregations. The Florida Conference of the United Methodist Church offers a youth director cohort that provides skills training, vocational support and spiritual formation for persons serving in youth ministry programs.

When we recall Ken’s conversation with ecumenical clergy, we might be tempted to avoid the subject -- and the challenge -- of youth ministry altogether. After all, Christensen called this kind of change “disruptive” for a reason.

It will be no small task for pastors and judicatory leaders to rethink our practice of outsourcing -- or worse, ignoring -- youth ministry. But it will be equally challenging to allow new forms of worship, music, technology and community to reform us.

The future of mainline Protestant witness will depend on whether we can incorporate disruptive innovation into our identity for the sake of ongoing faithful Christian witness.

When we were in seminary, one of our professors published a book entitled “Will Our Children Have Faith?” In the light of the disruptions of the past several decades, the question we need to ask ourselves now is, “Will our faith have children?” 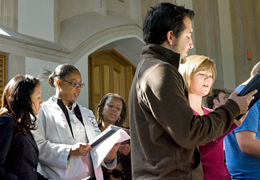 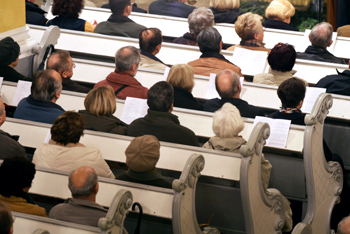 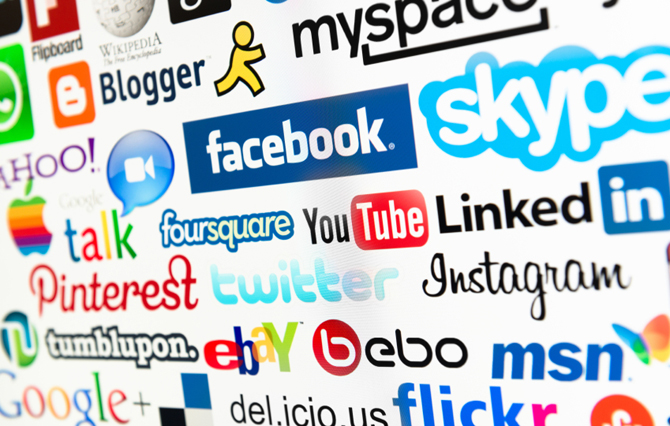 We are physical beings -- what if our ministries reflected that?

Physical labor and activity have been a boon to teens during the pandemic, leading a youth pastor to realize that the physical matters -- to us and to God.

Christian professionals and families partner to experiment with innovative approaches to youth formation in a socially distant environment.