A mentor puts her younger colleague in a position to succeed and hangs in there with her. What do we call that?

Dana Cassell, a younger pastor I am privileged to know, recently said this about her mentor: “Her calling is to be with me as the church becomes what it will be. She doesn’t get postmodernism, she doesn’t feel it, but she’ll take it on faith that this is the new reality and hang in there with me.” I also know this mentor, Mary Jo Flory-Steury, Executive Director of Ministry for the Church of the Brethren. She meant what she said to Dana.

Dana, who works with the Brethren Volunteer Service, has been asked by the Church of the Brethren to draft the language of their new policy regarding theological education and ordination. I imagine Mary Jo had something to do with the process that led to Dana’s invitation.

“Hanging in there” isn’t passive. It is about helping put the leaders of what the church will be in the places where they can make that future happen. And also about then sticking with them. I was not surprised that Dana and Mary Jo were having breakfast together when I emailed Dana to ask about writing this blog post about her.

So what is the name for the calling Mary Jo has received? Dana refers to her as “my mentor,” but Mary Jo is more than that. I am curious whether we might find a name that comes not from ancient Greece but from our Christian story.

I’ve checked Paul’s lists of spiritual gifts in Ephesians 4 and 1 Corinthians 12, looking for just the right description. “Teacher” seems obvious, and Mary Jo’s calling includes that, but it is about something other than education or even formation. It is about her using her agency in the community on behalf of Dana and the future that is coming. Is she an “interpreter of tongues?” Someone who stands between two groups who don’t speak the same language to tell one what the other is saying? That isn’t quite it either. Mary Jo’s calling is not only to interpret. It is a certain kind of leadership that requires holding on and letting go, leading and following, being provocative and also humble, open and receptive.

What do we call the people who are being with younger pastors? With a proper name, the church could bless them in its prayers -- and could call us together so we could help each other with the practice of hanging in there.

We might find a clue about who these being with people are in the story of Elijah and Elisha. Take a look at 2 Kings or listen to Walter Brueggemann talk about the story. Elijah laid his mantle on Elisha as a transfer of authority, with all of its gifts and burdens, and then he stayed with Elisha for TEN YEARS. The two of them did all kinds of amazing things for God during that decade of transitional leadership. They stayed in a power-sharing relationship with each other for the sake of the community, toward a future that they both knew Elijah would not see.

In my work, I have been part of many young people choosing leadership for the church. I do not want to forsake them. I want to join with Mary Jo and all the others are called to hang in there and to form what Sharon Parks describes as a community of recognition, challenge, support and inspiration. If you are one of these people, let me know (MWiginton@thefund.org).

What do you name this calling?

Melissa Wiginton is Vice President for Ministry Programs and Planning at the Fund for Theological Education.

His longtime friend Manuel “Manny” Ortiz showed the director of City Seminary of New York the importance of not just leadership but friendship for the future of the urban church.

How can we identify and equip lay and ordained leaders for future roles in Christian organizations and institutions? Are we willing to even discuss succession planning?

Water Mission had the engineering expertise to become a leader in installing water systems in developing countries around the globe. But just as important, the nonprofit realized, was an active focus on its core values and workplace culture. 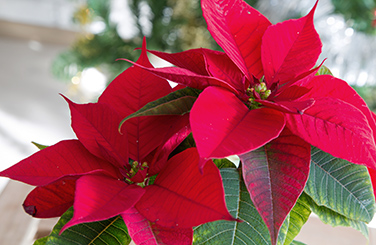 The Calvin Institute of Christian Worship offers this resource guide to help with your Advent and Christmas worship planning.