Millennial clergy have been formed in a generation where terrible violence has become routine. 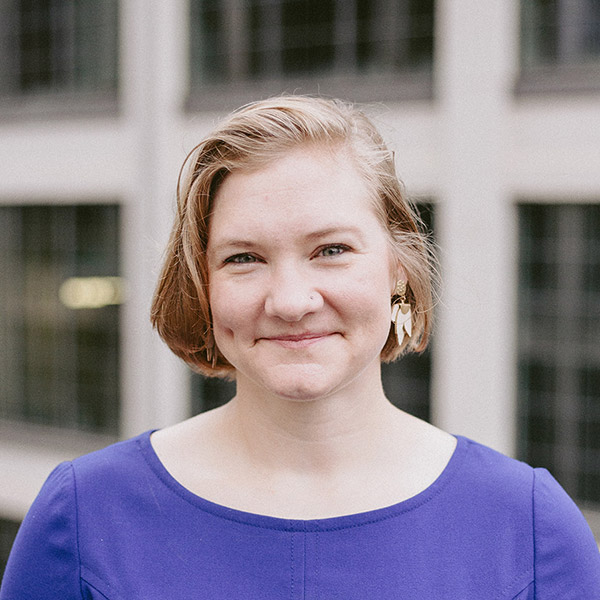 On May 24, when 19 children and 2 adults were killed in a mass shooting at an elementary school in Uvalde, Texas, I asked my mom what it was like sending her kids back to school the day after Columbine.

She considered the question for a minute and then admitted she hadn’t thought about it much. Columbine seemed so radically out of the ordinary; my siblings and I were young — I, the oldest, was in 6th grade — and at the time, it was unthinkable that such violence could routinely touch elementary and middle school students.

My childhood was insulated and privileged, and that is important context for me as I think about how violence has affected me as a white millennial and as a pastor. But being a millennial in America means that I have been deeply formed by collective experiences of violence, and that in turn impacts my ministry.

At the time of the Oklahoma City bombing, I was 8. Columbine — 12. 9/11 — 14. The wars in Iraq and Afghanistan — my high school years into young adulthood. The Virginia Tech massacre — 20, my sophomore year of college. Sandy Hook — 25, my first Advent as a full-time pastor.

Trayvon Martin was murdered during my last semester of seminary, and too many Black people — Eric Garner, Michael Brown, Tamir Rice, Sandra Bland, Alton Sterling, Philando Castile, and the list goes on — killed by police during my first years of professional ministry. Charleston, Orlando, Las Vegas, Parkland — all those massacres happened during my first appointment as a Methodist minister.

The rise in white supremacist violence has followed me into the end of my first decade in ministry, with the Jan. 6 insurrection coming less than a week after I stepped into a lead pastor role for the first time. Even more recently, the deaths of Jayland Walker and parade-goers at Highland Park continue to add to the list of traumatic tragedies that grows every week.

And always more or less in the background of gun violence and school shootings and racialized violence and war and terrorism and police brutality, my peers and I have borne witness to an increase in deaths by suicide and overdose among our friends and acquaintances, preceding but amplified by the COVID-19 pandemic, which has been its own complex trauma.

Millennials have witnessed real violence in our communities, in our country and in the world. We have been formed by it, changed by it. And now some of us are trying to pastor and preach and serve churches through it.

Every generation has its collective traumas, and I’m not trying to claim that it’s worse for millennials; nor do I want to erase the reality that my Black, brown, Indigenous, disabled, queer and trans peers have experienced — and continue to experience — violence, including these large-scale experiences, differently and more acutely than I have.

I witnessed 9/11 and processed it as a formative collective trauma; my Muslim and Middle Eastern peers bore the violence of Islamophobia and xenophobia that followed it. I look more like the officer using a chokehold or kneeling on another man’s neck than I do any of the Black men who have died with the words “I can’t breathe” on their lips. I have experienced COVID-19 as an isolating rupture, while my Asian American peers have experienced the added threat of violence fueled by racism and conspiracy theories.

Bearing witness to violence — and to the violence that violence begets, especially against marginalized groups — has forced me to wrestle with the meaning of the cross, this central image of my Christian faith.

I long ago learned to make the distinction that no violence outside of the cross of Christ can be redemptive. Without that distinction, we run the risk of spiritualizing, bypassing or even glorifying suffering in the world and therefore reinforcing injustice and violence. Still, I’ve had to wonder about the violence of the cross and its place in my theology as I’ve processed these formative traumas and my own personal experiences of violence.

Liberation, womanist and mujerista theologians have helped me see the work of the cross as an act of radical solidarity, as a witness against state-sponsored violence rather than humble acquiescence to it. Incarnational theologies have helped me shift from a laser focus on this symbol of torture and execution as a source of salvation to healing narratives of embodied presence, to attention to the body of Christ not just on the cross but in the community.

But the theological challenge of being a millennial pastor in times of violence is not what keeps me up at night. What does keep me up is the emotional and spiritual challenge of walking the line between numbness and despair. With every mass shooting, every police killing of a Black person, every eruption of violence, I must swim through my own grief to water shallow enough for me to keep my head above it without stepping out of it completely, because that water is where my congregants are, whether wading or drowning.

A few weeks after Uvalde, I went on a walk with the co-chair of the Pastor-Parish Relations Committee at the church I serve, a woman around my age. As we walked, we talked about how to approach safety plans for our church, and she told me that after the Uvalde shooting, she and her husband went to process the news with their child, only for their first grader to announce that he already had a plan to run into the woods if there ever was a shooting at his school, where every classroom has an exterior door.

It’s in these conversations that I have to stay tender enough to meet my co-chair in her terror for her child without both of us jumping together into a sinking boat of helplessness.

I pray regularly for wisdom on how to be vulnerable in a way that breaks my heart and the gospel open but not apart — for my own sake and for the sake of the hurting and frightened people I am called to serve.

Kelly Latimore: ‘What is our church art for?’

Iconographer Kelly Latimore creates art that uses a traditional style to depict contemporary people and, he hopes, to bring people together.

Yoruba Richen and Johanna Hamilton: Rosa Parks was even more impressive than you realized

The first full-length documentary about "the mother of the civil rights movement" reveals a deeper history of a woman who stood up in more ways than she ever sat down, the film’s directors say.