The old professor would enter the classroom like a phantom from another age. His black master’s gown billowed behind him as he came through the door, the North Atlantic wind whipping across the quadrangle of King’s College and into our drafty ground-floor classroom. Halfway through his lecture, what with his frenzied scribblings on the ancient rotating chalkboard, his gown would be covered in a dusting to compete with the snow on the lawn.

But what I remember most distinctly from that course was not its picturesque quality but Professor James Torrance’s embodiment of intellectual empathy. 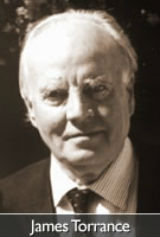 Professor Torrance had a way of taking us deep into the context that gave rise to a philosopher’s thought, of exploring the inspirations and motivations behind it. It didn’t matter whether he agreed with the arguments or not; he wanted us to see the unique genius of that philosopher’s insights. After such lectures, we would dash off to the library to read everything we could find about the perspective in question, having glimpsed (if only momentarily) at its inner logic and beauty. 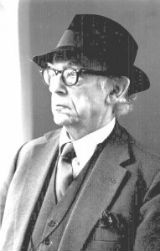 Isaiah Berlin argued that genuine intellectual empathy requires creativity and commitment -- a commitment and a willingness to imagine others’ ideas from within, even if you disagree.

This capacity for intellectual empathy is essential to those who wish to live generously and with integrity in a pluralistic society. Perhaps it is even more essential today than in times past, given the social and cultural forces that presently foster division and encourage peremptory dismissal of opposing views -- not to mention our enhanced capacities to destroy one another.

Practicing intellectual empathy is a kind of spiritual discipline, because it necessitates that we put aside our belief that the lens through which we view the world is the only right one (see Rom 12:3). In intellectual empathy we do not sacrifice critical thinking, but before we move to offer critique, we first hear others thoughtfully and try to imagine what it would be like to share their convictions.

It was just that kind of intellectual empathy that I saw lived out in Professor Torrance’s classroom. He would wait until we were thoroughly entranced with whatever perspective we were studying before he would enter into his careful, critical analysis. Never once, moreover, did he exhibit the least bit of rancor or partisanship. His task was always to seek and to find the truth.

My thoughts returned to these lessons learned from Professor Torrance as I was reading Edmund Burke’s “Reflections on the Revolution in France.” In one 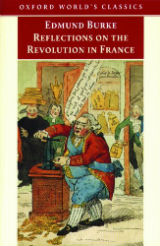 passage Burke takes issue with a sermon by Richard Price, an eminent, dissenting minister of the time, who on November 4, 1789, preached a sermon in London praising the French Revolution. Burke, deeply suspicious of political and social revolution, contended that “we ought to suspend judgment until the first effervescence is a little subsided.” Congratulations should not be offered too soon, until it could be seen whether discipline, order, religion and property could be properly managed -- otherwise our congratulations “may be soon turned into complaints.” Burke’s response to Price gave rise, almost immediately, to a further response by Thomas Paine. Paine’s “The Rights of Man” was influential to our American democracy in its infancy.

I find myself wishing educators today would spend more time helping us see deep connections among countervailing arguments that have given rise to our cherished convictions. Here we have such a good example: Price’s sermon provokes Burke’s “Reflections,” which then gives rise to Paine’s tract.

In some sense becoming educated -- and this is certainly true of becoming theologically educated -- is a matter of taking our own place in the vast, centuries-spanning conversation about what it means to be human. It is a conversation that began long before we entered the room and will continue long after we have exited.

How might the debates that polarize our churches and our society today be different if students were practiced in such intellectual empathy?

Teaching methods have changed. Chalkboards and chalk dust have given way to other media, and classrooms are a great deal more interactive. But what my old professor modeled years ago remains true today: to be educated is not simply to know some things; rather, it is to cultivate a posture of humility and respect toward those others who have tried (with more or less success) to understand the things that we also are trying to comprehend.

Michael Jinkins is president and professor of theology at Louisville Presbyterian Theological Seminary.