Framing abortion as an abstract thought exercise distracts from the real issues raised by an unplanned or problem pregnancy, writes a university professor.

A majority of Americans (67%) did not believe that the Supreme Court would actually overturn Roe v. Wade before Justice Samuel Alito’s draft SCOTUS opinion leaked in early May. While that number quickly fell to 29% and people across the country began calling for laws that respect the dignity and human rights of women, the anticipated SCOTUS decision and the increasing number of states hostile to abortion reflect the justification frame of the abortion debate in the United States. This frame distorts the public conversation about abortion and continues to deeply harm the well-being of women in our country.

The justification frame fixates on the wrong question: Is abortion right or wrong? This transforms a deeply contextual moral question into an abstract thought exercise. In so doing, it distracts us from the real moral questions that women consider when faced with an unplanned or problem pregnancy.

Abortion decisions are not made in abstract spaces where people win points for how well they frame an argument for the moral rightness or wrongness of their position. Abortion decisions are made within the context of concrete, individual lives shaped by complex and sometimes competing moral obligations.

The circumstances are always unique, and given that the U.S. has the highest maternal mortality rate in the developed world and the rate for Black women in the U.S. is three times that of white women, Americans should recognize that the decision to continue or end a pregnancy can only rightly be made by the pregnant person.

The justification frame also causes deep harm to pregnant people by creating atmospheres of shame and judgment that stigmatize people who have abortions or even those who consider the possibility. The insidious nature of abortion stigma has erased the voices and experiences of real women from our public narrative, because too few people are willing to risk the very real threat to life and livelihood this stigma poses.

Stereotypes of women who have abortions have filled the void of untold stories. The resulting caricatures reflect the racist and classist sentiments that undergird the justification paradigm and often focus on the imagined sexual behavior, selfishness and indolence of the imagined abortion patient. Justification positions and promotes abortion as deviant behavior.

However, given that nearly one-quarter of American women will at some point have an abortion, it is actually a quite normal part of managing fertility, a season of a woman’s life that can last between 35 and 40 years. The outsize focus on abortion functions to divert our attention and resources from a host of other reproductive issues and concerns that span those years.

Rejecting the justification frame for abortion requires us to replace it with a more life-giving and morally nuanced one. Over the past dozen years, I have learned a great deal from the reproductive justice (or RJ) movement about new ways to think, talk and advocate for the bodies, lives and wholeness of people as they move through their reproductive years.

The RJ movement was born in 1994 when a group of 12 Black women gathered at a conference seeking to reform the Clinton health care plan and shared their concerns about the inadequacy of the white feminist-dominated conversations about abortion, with their tendency to focus on abortion rights. As they talked together and shared stories of their communities, their social movements and their own lives, they agreed that while rights are important and abortion rights are needed, those rights aren’t enough. What good is a right if you are not able to exercise it?

They agreed that abortion needs to be legal, but argued that the reproductive health and well-being of women required attention to more than just legal access. After all, what happens if you don’t have enough money for the procedure or you will lose your job if you take off work to go to the clinic? And even more importantly, what happens after your children are born?

Can women find affordable housing where they can raise their children? Can they choose communities where their children can grow up safe from gun violence or immigration raids? Or what about women who struggle with infertility but don’t have health insurance? Or women and children who live with incest or domestic violence? All of these are part of women’s reproductive lives, and they have nothing to do with the legal right to access abortion.

Their call became one for reproductive rights as well as social justice. Through their work together with and for their communities, they created the new framework of reproductive justice to shape a better and more effective public conversation about women’s reproductive health and lives that includes abortion but encompasses so much more.

Because reproductive justice fundamentally rejects patriarchy and white supremacy and the way in which those ideologies colonize and police moral norms and expectations, it offers a better way to talk about reproductive health and decision making. As a framework for public discourse, RJ recognizes both that abortion is a serious moral question and that women are capable of making serious moral decisions about our bodies and our lives.

When we remember that parenting is a sacred gift, then it is easier to recognize that our public discussion around limiting women’s access to abortion is really a conversation about forced pregnancy and childbirth.

The final article in this series will provide information for how faith communities can become part of a growing network of SACReD congregations focused on promoting reproductive justice. 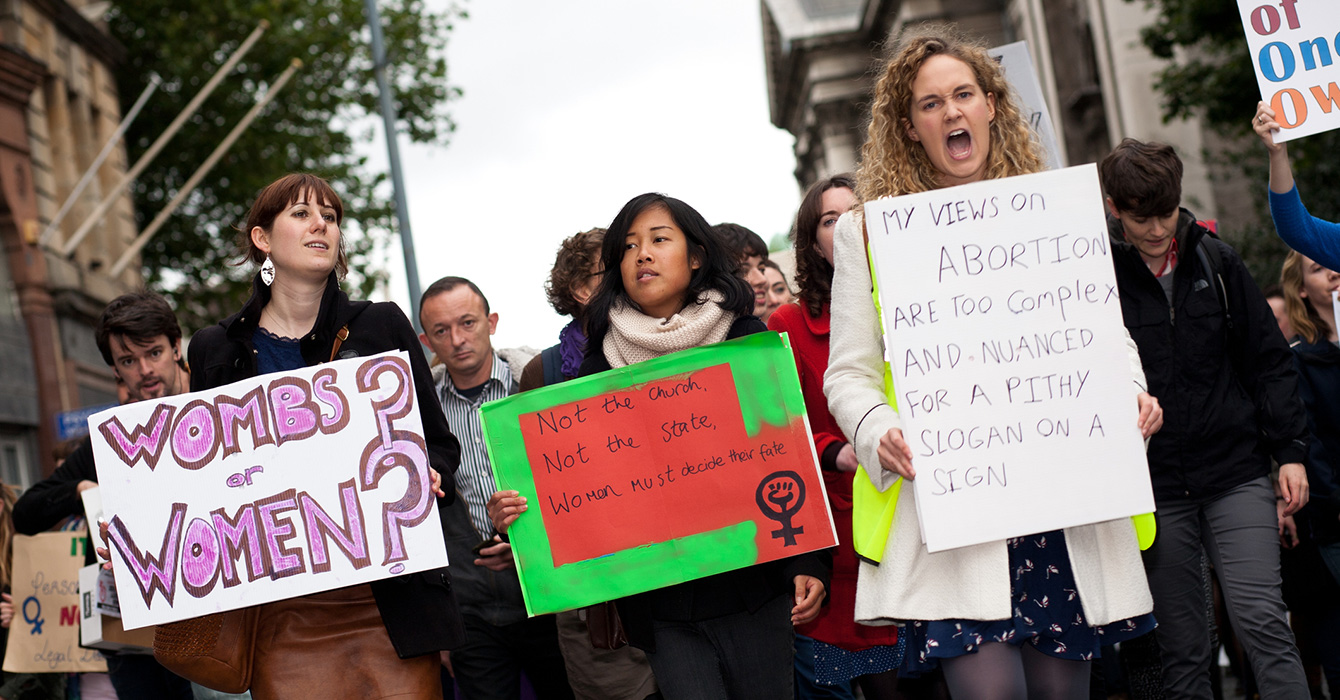 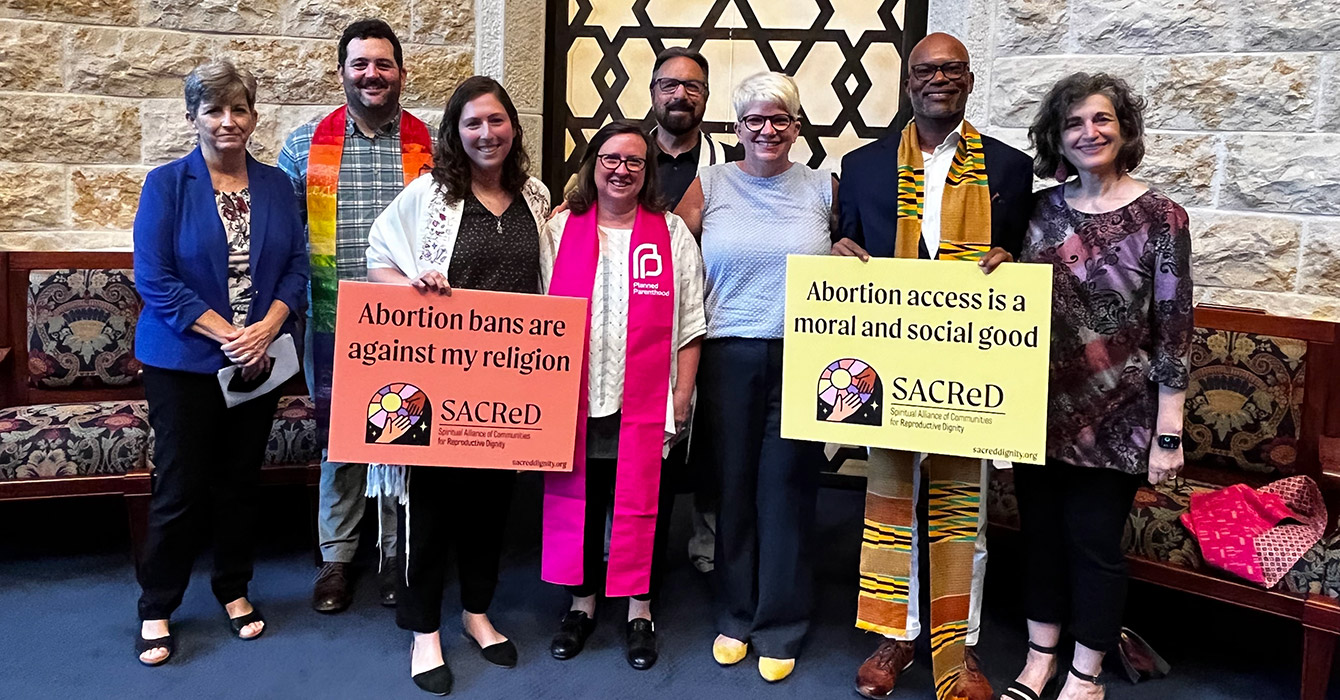 In light of an expected Supreme Court ruling, churches and faith leaders interested in supporting reproductive justice need to understand the history of abortion access in the U.S., writes a university professor.

At Epiphany, new ways of being

We can look to the unlikely group gathered for Christ’s nativity as a model for friendship, writes the director of the Thriving in Ministry Coordination Program at Leadership Education at Duke Divinity.