Debora Jackson: How a legacy of oppression is transformed for the good

By subverting damaging stereotypes, African-American women have learned leadership skills that benefit not just themselves but also the organizations of which they are a part, writes the director of lifelong learning at Yale Divinity School. 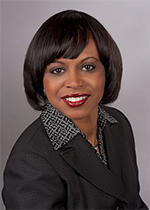 Link to author Debora Jackson
By Debora Jackson Dean of the Robert A. Foisie School of Business at Worcester Polytechnic Institute
Tuesday, October 3, 2017

Beyonce’s video “All Night” captures her grandmother-in-law, Hattie, at her 90th birthday party. In it, Hattie says, “I had my ups and downs, but I always find the inner strength to pull myself up. I was served lemons, but I made lemonade.”

Hattie is not alone. I would maintain that African-American women have been making lemonade for a long time.

African-American women in the United States have experienced an ongoing stereotyping that has undermined our value and affected our participation in the workforce from slavery through 21st-century deindustrialization.

But given lemons, African-American women have made lemonade. And we have learned to lead for the good of our organizations.

Since the time of enslavement, African-American women have been characterized as domesticated, sexualized, masculinized or domineering.

Both characterizations have been harmful, codifying negative beliefs about women and work. But for African-American women, these stereotypes have been particularly damaging.

Consider Mammy, the symbol of the ideal slave. Super-loyal to her master, Mammy was the maternal figure that loved all the white children she nursed and raised. Her masculinity, obesity and physical unattractiveness served to reinforce the image of the white woman’s ultrafemininity.

Then there was Jezebel, whose roots dated back to the 16th- and 17th-century “Negress.” Her allure set the stage for violation and dehumanization. She was branded sexually promiscuous and immoral, which served to justify rape at the hands of slaveholders, overseers or other slaves. And when she gave birth to mixed-race children, the white woman blamed the enslaved woman rather than the slaveholding man. The victim was blamed for being sexualized.

The Matriarch was another characterization that was established in contrast to the frail, domestic femininity of the white woman. The Matriarch was a strong, domineering, masculinized workhorse of a woman. This character has historical roots; as slaveholders sold husbands and children away, women were often left to assume traditional male roles.

Finally, there was Sapphire. It was the Amos ’n’ Andy radio show, airing first in 1928, that associated the domineering, aggressive, emasculating shrew with the name Sapphire. In present-day application, we see Sapphire as the “angry black woman.” This version of Sapphire not only emasculates black men but also takes down anyone and anything that does not suit her.

Each of these stereotypes has been used to diminish the value and worth of African-American women. And each stereotype is stubbornly persistent.

The “Pine-Sol Lady” is today’s Mammy. Misogynistic videos commonly portray Jezebel. The domineering Matriarch is on display in every Tyler Perry “Madea” movie. And former first lady Michelle Obama was cast in the angry-black-woman Sapphire role.

Black women don’t just see these characterizations in the media. We experience them in our lives.

I have run from the inappropriate and unwanted advances of college teaching assistants who thought it acceptable to touch me because I was “exotic.”

I have been labeled “aggressive” and “angry” when I advocated for myself in corporate settings. I have felt the spirit of Sapphire rise in me through dealings with blissfully ignorant colleagues who felt no responsibility for understanding contexts that differed from their own.

Yet from these crushing characterizations and personal experiences, African-American women have made lemonade, emerging empowered in several ways that inform leadership.

African-American women emerged from slavery as self-defining individuals. This was seen in the subversive ways that they twisted stereotypical roles, using those roles to carry out the work that needed to be done.

Mammy may have seemed innocuous, but she quietly ran the show. Extreme loyalty, which was part of the persona, engendered trust and allowed her to complete her tasks.

Jezebel may have been demure in ways that allowed her to get what she wanted, but it was most often for the benefit of those she loved.

The Matriarch and Sapphire may have been domineering, but they were compensating for the de-masculinization or absence of African-American men.

African-American women learned to be adaptive, which was an important survival strategy. They learned to use a variety of influencing styles, including provocation, dominance and complicity. Their chameleon-like flexibility served as a strength.

And African-American women learned to be a force for transformation. They learned to use their voices to challenge stereotypes, rail against injustices and express themselves. Indignation over unjust situations often provided the impetus to speak out.

At least, this has been my story, where in so many instances, I have found it impossible to remain silent.

A sense of advocacy has motivated so many of us to declare our positions and rights. And by using our voices, we have preserved ourselves, our families and our communities.

African-American women have taken the sour lemons of oppression and marginalization and made lemonade: we have learned to be self-defining, adaptive and transforming. And our learning can benefit all, because these capacities are urgently needed in leadership today.

African-American women leaders can teach others to be self-defining, to rise above negative influences, embracing tenacity and refusing to be limited.

We can teach others to adapt, influencing and inspiring in ways that enhance team coherence and foster a continuously learning culture.

Finally, because African-American women leaders have learned to use our voices to transform situations of control, we can encourage others to speak out, making space for all voices and ideas to contribute to the good of the organizations of which we are a part.

This is what our organizations can learn from the leadership of African-American women. And the lessons learned are as refreshing as a glass of lemonade.