In selections from his latest book, “Beyond Profession,” the former executive director of The Association of Theological Schools draws on his experience and shares his vision as part of the Theological Education Between the Times series.

I entered seminary in 1969 and thought I knew what time it was. It was a socially turbulent time -- civil rights struggle and the Vietnam War, strained social institutions, competing norms for sexual expression, changing gender roles, and the onslaught of the first of the boomers ready to influence society. It was a time that could be told. Religious institutions were facing changes but had robust structures to handle them. Many people were asking about the role of the church in a morally conflicted time; some were asking whether God was dead; but few were asking whether the church would die. I knew that time was moving forward, that it didn’t wait, and I thought that it was on my side. I knew things were a-changin’, and I imagined they were changing in positive ways.

A decade later, in 1979, I was completing my first year as a seminary professor. Many social structures had become less secure, or at least less sure of themselves. Churches and ecclesial structures, though still robust, were nonetheless changing, but not along the trajectories that had been presumed in earlier decades. Mainline Protestant churches were declining in membership although continuing as a social presence. The culture still paid deference to religion. The reforms of Vatican II had changed many practices of the Catholic Church -- an institution that has a way of perceiving itself as outside of history and therefore outside of time. Evangelical Protestants had emerged from separatist and fundamentalist pasts and, along with new movements that had never been part of those pasts, were emerging as the dominant Protestant presence. Some evangelicals created new forms of religious expression, and others created new forces in American politics. More of the new was coming from less of the old; discontinuity was becoming the most continuous reality. It was still possible to tell the time, but while some changes were positive, others seemed foreboding.

Still another decade later, in 1989, I was appointed to the staff of the Association of Theological Schools (ATS). I began to administer its accrediting function the following year. I spent most of the next three decades working with the association and its member schools. Over these decades, theological education changed -- perceptibly, even palpably -- as did denominations, religious practices, and higher education. Denominations weakened as ecclesial structures and the loyalty of church attenders to their denominations weakened even more. Religious practices morphed, expanded, and took on altogether new forms. Evangelical Protestants became the dominant Protestant presence. The percentage of Americans who claimed a religious preference decreased, and “no religious preference” became the fastest growing religious category. The Roman Catholic Church in the United States moved significantly toward becoming majority Hispanic. Higher education changed, and perhaps for the first time in American history, it began to lose its cultural luster. Student indebtedness increased, questions intensified as the economic value of college degrees became increasingly debatable, and public suspicions about the contribution of colleges and universities to a cultural good increased. Theological schools, deeply influenced both by ecclesial structures and by higher education, were rattled. The number and kinds of theological schools changed. While many new schools were founded, some old schools closed or merged with other institutions. New religious and ethnic constituencies gained numeric strength as others declined, and correspondingly, the number of students from minoritized racial and ethnic groups increased while the number of white students decreased. The enrollment in the master of divinity -- the traditional degree for ordination -- decreased, while enrollment in other professional master’s programs increased. 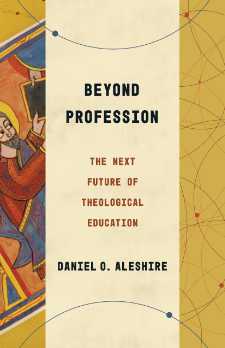 This book was finished in 2019, fifty years after I entered seminary and forty years after theological education became my life’s work. The decades have passed swiftly, and the changes have been many. Some of them have been exhilarating, others heartbreaking. I concluded my work at ATS deeply aware that the fabric of time and change can be holy and hopeful as well as dizzying and dismal.

While historians have generally been able to name broad intellectual moments, the name most often used for the current period is “postmodern,” as if the present moment, though different from the last one, does not yet have enough identity for its own distinct name. It is as if we are between the times -- the name given to the series of books about theological education of which this book is a part. If we were sure about the time (even if it were the worst of times!), it might be easier to project the future, but we have the time that we have, whatever time it is. Older systems seem to be growing less useful, while the most recent inventions seem less than adequate.

In the past decades, how the schools taught was changing, and for Protestant schools, where they taught was changing as well as when students could study. But, for the most part, what the schools have been teaching has remained quite stable. It was a curriculum that emerged in the nineteenth century and matured in the twentieth century into the model of professional theological education that exists today. This curriculum and educational model developed during an era of strong religious institutions and robust denominational structures. What should be the pattern of theological education when these realities are no longer present?

Theological education has received many critiques in the last few decades. As the church has struggled, theological education has been blamed for causing its problems or enabling them to persist. Some of these critical analyses have come from outside theological education, such as from leaders of successful megachurches, and some from inside, such as from former professors who bemoan new emphases or educational strategies. The critiques are accompanied with proposals for the next theological education, which range from abandoning it altogether, to returning it to some former glory, to changing it in fundamental ways. My critique is not that current forms or practices are a failure. It is that they reflect a particular cultural moment, a certain time in the life of American churches, and that moment has changed. The present moment calls on theological schools to emphasize some things that have been present but in the shadows, for them to do some of the things the church used to do so there will be a future in which the church might be able to remember its task. The way that theological education has been done, sophisticated and valuable for one day, is not adequate to the tasks required by a new day.

The name I propose for the “next” theological education is “formational.” I use “formation” as a name both for a particular kind of goal for theological education and for the educational processes that goal requires. The goal of theological education should be the development of a wisdom of God and the ways of God, fashioned from intellectual, affective, and behavioral understanding and evidenced by spiritual and moral maturity, relational integrity, knowledge of the Scripture and tradition, and the capacity to exercise religious leadership.

Theological education has assumed the importance of the character of the Christian life for the Christian leader, with its dimensions of a wisdom of God that is more about loving God than about accumulating information about God. It has assumed the importance of spiritual maturity. It has never doubted that moral maturity is crucial to the practice of ministry and knows firsthand that relational integrity is crucial to the complex patterns of ministerial work. Theological schools are smart enough to know that learning comes in more than one way, and that deep religious learning engages more than the head. The task for the next theological education is to take seriously what theological educators know and to cultivate the institutional and educational patterns that will give preference to underdeveloped aspects of theological education.

The future needs more theological education, not less. It needs all the study of text and tradition that the current model has provided, and it needs all the skills that are currently being taught and then some. But it needs more than that. It needs practices that cultivate moral maturity, relational integrity, and spiritual maturity, and when that is done well, it makes for a different kind of theological education. I have called it formational theological education. It is based on the hunch that the authority religious leaders in this new religious and cultural world will depend on is more the kind of Christian human beings they are than the professional competencies they possess. Professional capacities will be needed, of course, but they will not provide the authority for leadership they have provided in the past. Authority will accrue to leaders who have a deep identity as Christian human beings, who have life-centering religious commitments, whose moral and spiritual maturity demonstrate the presence of mature faith, and who possess relational integrity that reflects a faith in which God took on flesh to relate to the human family.

To provide the kind of theological education these kinds of religious leaders need, theological schools will have to change some of their educational and institutional practices. The way they educated students like me fifty years ago for intellectually viable knowledge of the tradition and skills for the practice of professional ministry will not be sufficient for religious leaders whose authority to lead will also require a deep, abiding, resilient, generative identity as Christian human beings.

Adapted from "Beyond Profession: The Next Future of Theological Education," by Daniel Aleshire ©2021 (Wm. B. Eerdmans Publishing Co.). Reprinted with permission of the publisher. All rights reserved. 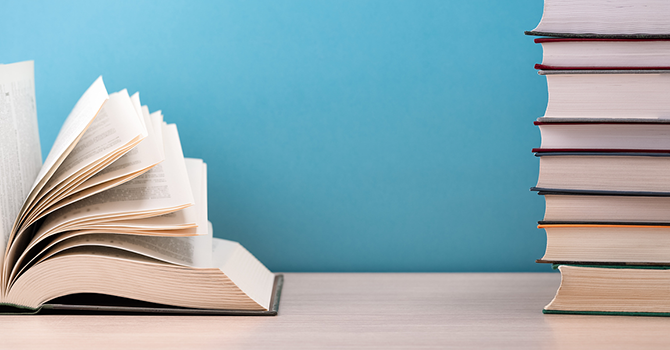 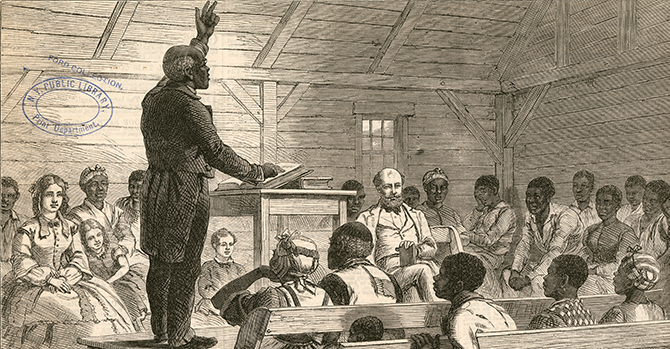 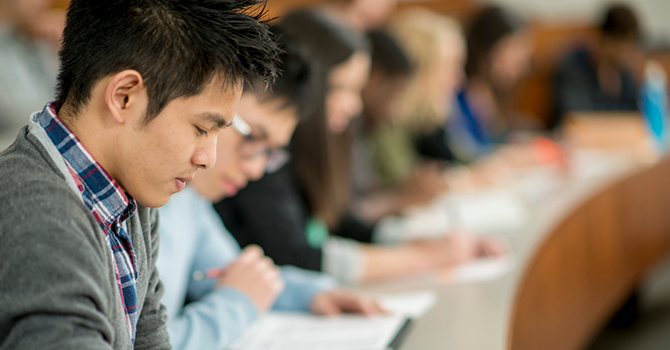 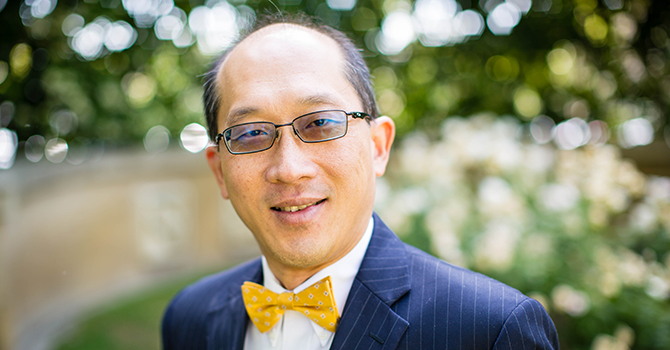 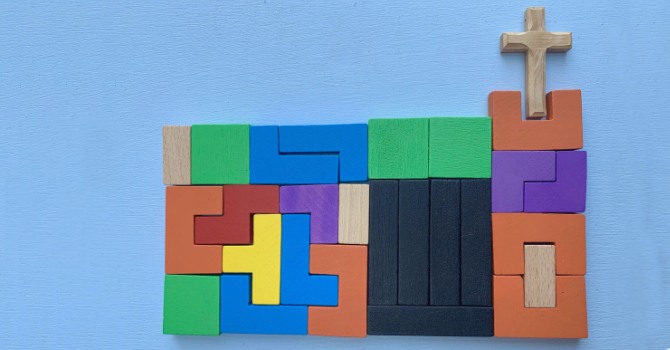 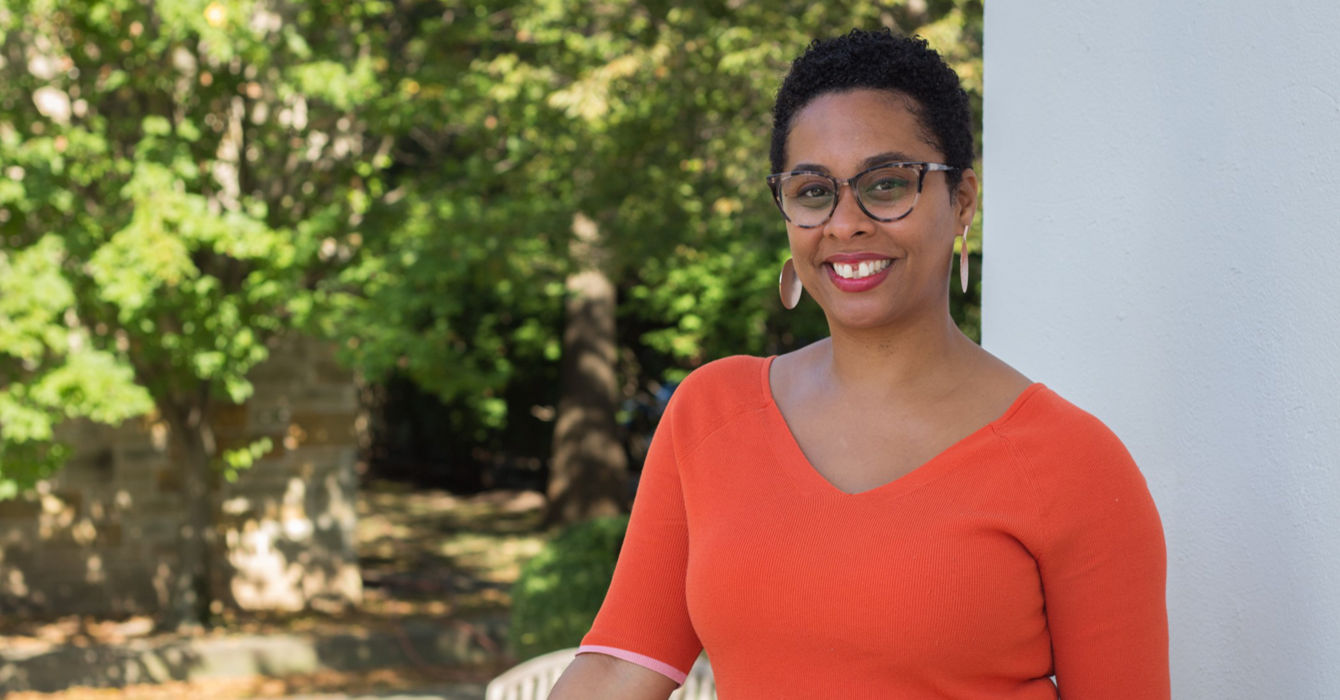 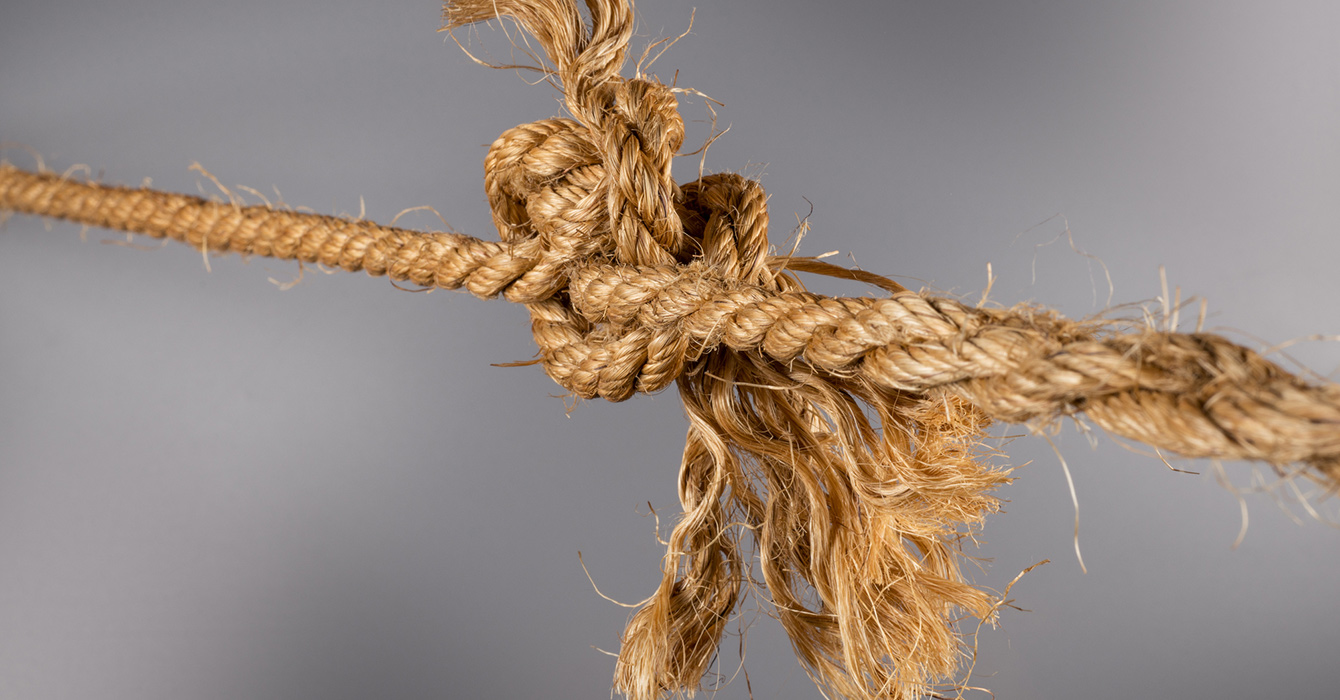 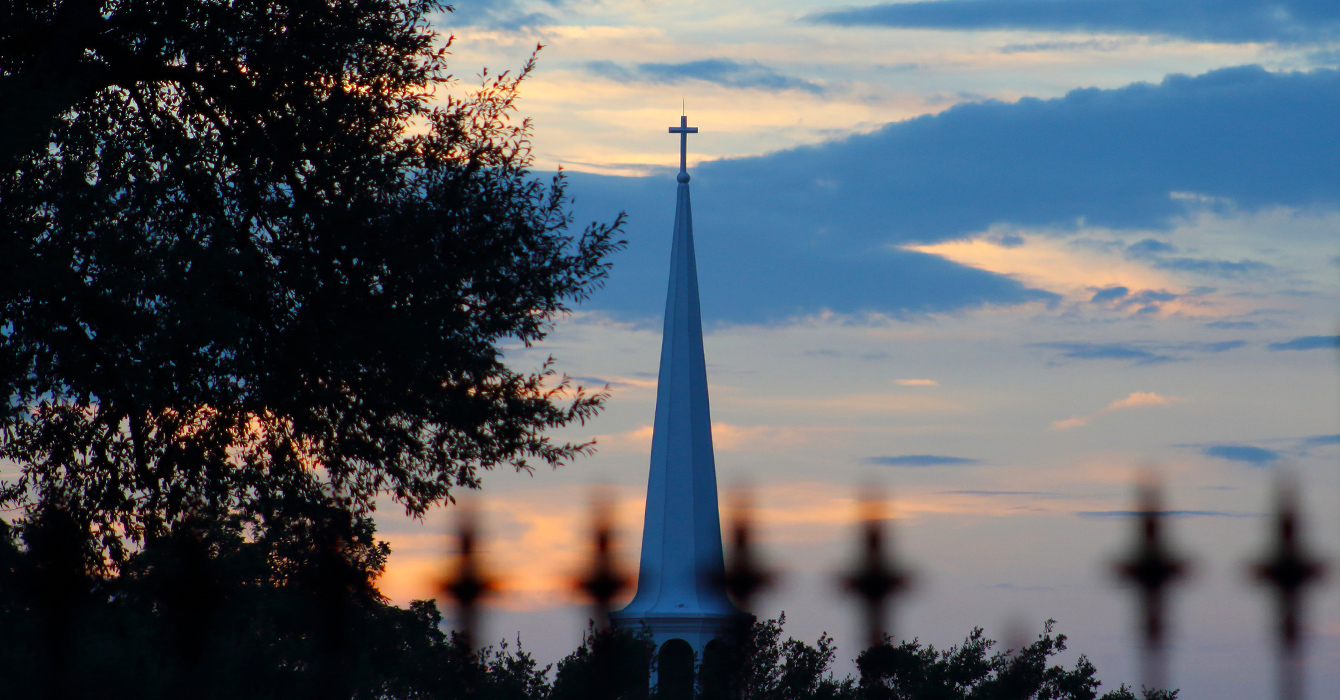 The executive director of The Association of Theological Schools has three points for new seminary graduates about ministry in a time that has no name, for a future that is not yet here.

Daniel O. Aleshire: Some theological schools and programs are growing

The professional master’s degree has been growing -- a trend that’s likely to continue, says the executive director of The Association of Theological Schools in an interview reflecting on a new report on theological education.