As churches were forced online, researchers found that congregations actually began to dial into the local needs of their communities. 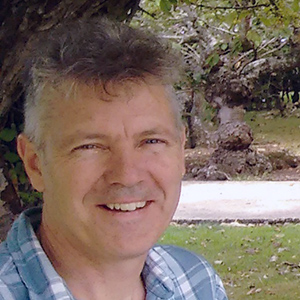 On Easter Sunday 2020, churches across the globe were closed in response to the pandemic.

During the course of the past two years, few could have anticipated the number of shifts that have happened in our individual congregations and communities.

As two researchers who have conducted extensive interviews in the post-Christian contexts of Aotearoa/New Zealand and Seattle, Washington, we have seen churches turn to the particular in the wake of COVID closures and restrictions.

Much of the research on churches’ response to the pandemic has explored the rise of digital church. Our research across these contexts reveals another story — a turn to the local, in which spiritual practices have been recalibrated. Even in instances when a worshipping community has employed technology to support its common practice, this work has been disciplined by its commitment to a neighborly faith. What is instructive is how these practices of neighborly faith have occurred against the backdrop of a local and ordinary Christian existence.

We completed 17 in-depth interviews with ministry leaders from two post-Christian contexts in the aftermath of COVID-19. Each was creatively drawing on local practices to renew the local mission.

Although separated by culture and geography, churches like Awake Church in Seattle, Washington, and Timaru Presbyterian in Aotearoa/New Zealand bear witness to how it is possible to thrive within limits by turning to the local. Throughout our interviews, we saw several practices that have sustained a neighborly faith in the time of COVID.

Walking and placemaking. When limits restricted gathering in local congregations, people took to the streets. A neighborly faith was pursued through the practice of walking in the contexts we researched. Historic Christian practices were redirected toward local geography in ways that took faith outside the church walls.

For Brent and Catherine Richardson of Timaru Presbyterian, their peripatetic practice became a site of discovery as they recognized an opportunity to serve their community in innovative ways. Noting the importance of walking, they spoke of how “you’re praying for the local area and you’re contemplating what’s happening.”

Other church leaders took familiar Christian practices, such as the Stations of the Cross, outside the church walls. With familiar places in local neighborhoods as sites for prayer, this public pilgrimage invited people to receive these familiar spaces as sites of divine encounter.

The innovations in localized spiritual practices that individuals across these contexts pursued were rooted in place. Church leaders encouraged people to be mindful of what the Spirit might be up to in the particularity of the streets where God had called them.

For pastors Andy Carlson and Hayden Wartes at Awake Church, placemaking was an organizing principle for their common life. Awake Church defines its mission in relation to the particular geography that surrounds the worshipping community.

Although the particularities of place differed, the pastors and the broader community learned how to receive the limits of their particular spaces as an invitation to practice a neighborly faith.

Slowing down and blessing others. While the limits of this period of time demanded a different pace for many leaders, an intentional effort to slow down became a practice that catalyzed innovation.

This was one of the insights Carlson and Wartes discovered at Awake Church: even when the world was turned upside down, they found slowing to be one form of faithful response.

Freed from a catalog of previous commitments (commutes, sporting events, social gatherings), Awake Church and other communities received the gift of a measured pace as an opportunity to practice a neighborly faith amid unaccustomed limits.

Leaders across contexts and communities of faith aimed to bless others despite the limitations they shared. Amid uncertainty, leaders and communities expressed the desire to work for the well-being of those they served, particularly in the time of heightened vulnerability.

Blessing took a variety of forms: offering prayer, extending hospitality, giving congregants space to discern how to respond to new limits on their lives, even if it meant worshipping elsewhere or not at all. Churches innovated by seeking ways to equip and resource local congregants to bless their neighborhoods.

Connecting and localizing care. Despite the unavoidable limits of social distancing, a shared commitment to connecting with people inspired leaders’ innovation across continents.

As Brent and Catherine Richardson of Timaru Presbyterian walked their community in the wake of COVID-19, they noticed teddy bears appearing in windows.

They wondered, “How do we as a church engage with the community when we can’t be open? Well, we have these windows and we have these teddies. What could the teddies do?”

In an answer to this question, teddy bears began to bear witness at Timaru Presbyterian. During Easter, at one window, bears gathered in a Last Supper tableau. At a second window, the cross had a ribbon. At a third window, bears ran toward an empty tomb.

“Really, the whole thing was about connection,” said Catherine Richardson as she described the inspiration for their playful witness with teddy bears.

These leaders experienced the disruption as a renewal of the need to be connected.

While the Richardsons offered playful witness to their neighbors, Carlson and Wartes experimented with what they called audio church. Following a period of rest and reflection after the first break in services due to COVID-19, Awake Church grounded its worshipping community, which was now dispersed, around audio church.

Resisting the allure of highly produced online church experiences, they crafted and distributed each recording with the intent that individuals would gather in their particular localities: their homes, their cars, in isolation.

Audio church provided a flexible liturgical template that people could engage with amid their unique pressures and schedules.

Another church opened its facility to the homeless population when other community service agencies closed. The faith communities we researched discovered the need to localize care.

While the limits of this pandemic time were extraordinary, leaders and the broader community received these limits as an invitation to pursue and cultivate faith in the “ten thousand places” that mark a life of faith.

Innovation is both its own practice and an extension of these neighborly practices. Among the leaders we researched, the ability to engage in this form of enforced innovation was learned over time, beginning long before the constraints of the pandemic.

The people gathered around Awake Church were already practiced in adaptability.

“That was just kind of always part of our thing,” Carlson said. “We already had just kind of developed a sense of like, ‘It’s OK to not go to church on a Sunday.’ And that held us; that created a lot of space, I think, for us to kind of figure out what to do.”

Much like a muscle developed over time, communities’ ability to adapt in the face of uncertainty builds upon previous practice. That practice enables risk taking in seeking to meet the needs of their particular contexts.

In these stories, from the Pacific Northwest to Aotearoa New Zealand, a neighborly faith has given rise to innovative practice and missional resilience. Gathered worship might be disrupted, yet the word and work of God continues to go forward through this neighborly faith.

What I learned about storytelling from Frederick Buechner

His stories have intersected with my life in ways that helped me see it — and therefore God and others — more truthfully, writes a teacher of leadership and ministry.