The former president of Fuller Theological Seminary is no fan of Machiavelli. But he does wish for a 'seminary president's guidebook' that would match the scope and complexity of Machiavelli's writings on political leadership.

Editor’s note: This is the third in an occasional series of reflections on leadership by Richard J. Mouw, professor of faith and public life at Fuller Theological Seminary, where he served as president from 1993 to 2013.

During my graduate studies in philosophy, and later, when I began my teaching career, one of my areas of focus was social-political thought. I concentrated in part on the ancient Greeks, particularly Plato and Aristotle. I dug into the detailed writings of the “social contract” thinkers of the modern period: Hobbes, Locke and Rousseau, especially. And I did quite a bit of work on Niccolò Machiavelli.

My interest in Machiavelli, however, posed a bit of a risk when I became a seminary president. Several months after I took office, a scholarly journal asked me to review several Machiavelli-related books, including a new translation of “The Prince” and two commentaries on Machiavelli’s political thought. I agreed to the assignment, but I made sure to keep the books out of sight at my office. I did not want visitors to think that I was studying “Machiavellian” approaches to leadership in order to be an effective seminary president.

Although I am not an admirer of Machiavelli, I am convinced that he was a more complex thinker than the label “Machiavellian” suggests. He was about more than the idea that anything goes in leadership as long as it helps leaders impose their will upon others. In fact, Machiavelli disliked crude manipulators. The leaders he admired were a rare commodity; they were not content simply to win but strove to win nobly. The true “glory” of a good leader, for Machiavelli, was not the attainment of mere pleasure or power but a largeness of spirit that came only with self-discipline and sacrifice.

Machiavelli was especially fond of those military leaders of ancient Rome who possessed the ability, as he put it, “to measure [their] forces well.” They were bold risk takers who were not satisfied with small victories. They also worked very hard at creating a public image that conformed to the long-established patterns of virtue in their communities. The good leader did not have to be an honest and caring person, but he did have to appear to be one.

At the same time, Machiavelli insisted, good leaders must keep their followers guessing. He even recommended that leaders occasionally and arbitrarily execute some unfortunate underling so that followers would not take the leader’s benevolent spirit for granted. The successful leader needs to guarantee that people will support him with a touch of fear in their hearts, Machiavelli said. Otherwise, they might conclude that their loyalty is to be given only when convenient.

Obviously, much is objectionable about this approach to leadership. Machiavelli’s heroes are not the kind of people I want to emulate. In the final analysis, his goals for effective leadership are soul-destroying. The attainment of power -- the ability to make things happen -- is not itself the goal of good leadership. Instead, power must be harnessed to service, a willingness to bring out the best in the people and organizations we help to lead.

What leaders should want from their followers is not loyalty rooted in fear but a deserved trust undergirded by a sense of shared purpose. Here, the appropriate models are not the military leaders of ancient Rome but the Savior who was put to death by Roman soldiers on a hill outside Jerusalem’s walls.

As Paul said, Jesus did not view his divine power “as something to be exploited, but emptied himself … and became obedient to the point of death -- even death on a cross” (Philippians 2:6-8 NRSV). Jesus calls us to serve in conformity to his patterns of service.

To be sure, “servant leadership” can be reduced to platitudes that are not much help in addressing the complexities of life. To “empty ourselves” as leaders, for example, does not mean simply giving folks what they think they need. But the servant model can point us to profound ways of thinking about leadership. It calls us to a way of leading in which we are guided not by visions of self-aggrandizement but by the qualities of trust, healing and commitment.

Machiavelli and his disciples have a ready response for those who talk this way. They tell us that we are not “realistic.” Ideals are nice to talk about, they say, but have little practical value. Leaders must regularly choose between the bad and the worse. When “one considers everything well,” Machiavelli wrote, “one will find that something that appears a virtue, if followed, would be his ruin, and that some other thing that appears a vice, if followed, results in his security and well-being.”

I agree with Machiavelli that it is important to “consider everything well.” Christians, too, are committed to realism. But the “realistic” alternative is the one that best fits with our understanding of reality. And leaders who accept the Scriptures as our guide to reality know that God has not left us ignorant about how we are to think and act. The Lord has promised us a wisdom that is to be gained, not by calculating personal costs and benefits, but by praying for the discernment that is available to us if we seek together to do God’s will as revealed in the Scriptures.

That much-needed discernment needs to be directed to the specific contexts of leadership. Regrettably, little attention has been given in leadership studies to the various “spheres” of leadership, the many different contexts in which leadership takes place.

One good thing about Machiavelli’s classic work “The Prince” is that it focuses on a specific sphere of leadership -- political leadership -- written as part of a tradition of such commentary in the Italian Renaissance. As Quentin Skinner has noted in his wonderful study “The Foundations of Modern Political Thought,” there was a series of political advice books published in 15th- and 16th-century Florence, including Patrizi’s “The Kingdom and the Education of the King,” Sacchi’s “The Prince,” Carafa’s “The Office of a Good Prince,” and Pontano’s “The Prince.” Machiavelli’s “The Prince” was yet another contribution to this body of work.

These “mirror for princes” guidebooks advised rulers on how to achieve the proper patterns of virtue in the exercise of political power. Several of the writers seemed genuinely concerned to provide Christian advice regarding the cultivation of political virtue. Indeed, whatever Machiavelli actually intended when he wrote his own political advice book, he at least formally acknowledged these same purposes. Even if we assume the worst about his intentions, Machiavelli did help politicians by at least focusing on the exercise of political power -- a form of guidance that has been seriously lacking in ethical literature today.

I’m not against books that speak in general terms about “virtue,” or “leadership.” But it would be good to have more focused studies as well. What are the virtues necessary for leadership in the business world? The police force? A social service agency? A professional football team? And, of course, a seminary?

Machiavelli’s advice about leadership did me no good as an academic leader, except as a warning of how not to go about pursuing leadership goals. But he did make me wish for a “mirror for seminary presidents” guidebook, one that matched the scope and complexity of the explorations he undertook on behalf of political leaders. 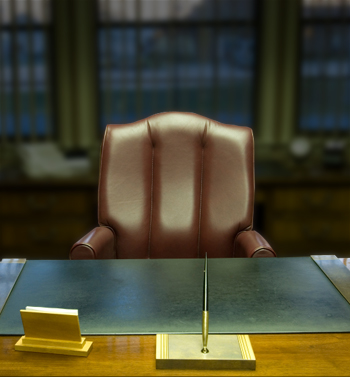 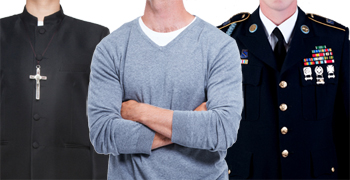 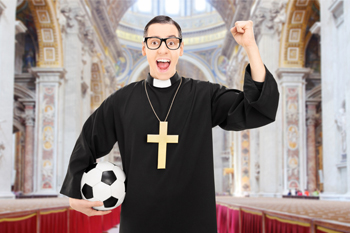